Say hello to the Continental GT Speed, which packs a massive 659PS W12 motor and goes from 0-100kmph in just 3.7 seconds! 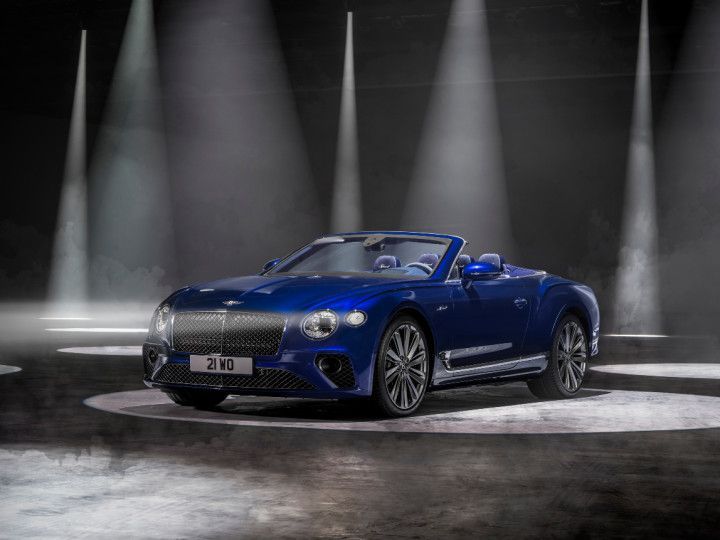 The Bentley Continental GT Speed convertible has been unleashed. The carmaker says this new flagship variant is one of the most driver-focussed and powerful Continental GTs ever. But what are the upgrades and how does this one differ from the standard Continental GT convertible? Let’s find out:

The hand-built 6.0-litre W12 motor now develops a whopping 659PS of power (24PS more than the standard model) and a locomotive-like 900Nm of torque! It’s insanely quick, going from  0-100kmph in just 3.7 seconds. Push on further, and the Continental GT Speed will hit its top speed of 335kmph. The 8-speed automatic gearbox has also been revised, shifting faster than the standard model when in Sport mode.

But it’s not only the powertrain that has been revised; the Continental GT Speed has received some serious upgrades underneath the skin. Bentley’s 48v active anti-roll control system, which debuted in the Bentayga and Flying Spur, makes its presence felt in the Speed. It essentially resists body roll by counteracting cornering forces. The Conti rides on Bentley's three-chamber air suspension for a cushy ride, while the all-wheel steering should help with agility. Optional carbon-ceramic brakes can also be fitted for better deceleration.

Bentley hasn’t compromised on exterior updates either. These include door sills with the ‘Speed’ insignia, a blacked-out grille, and the ‘Speed’ badges. The 22-inch forged alloy wheels come in three exclusive finishes, while the roof gets seven colour options!

On the inside, the aluminium pedals and liberal use of the ‘Speed’ logo tell you that you’re sitting inside something swank and special. The cabin is draped in the finest Alcantara, with Bentley also offering it with different wood finishes, including the optional Open-pore Dark Stain Burr Walnut veneer, Crown Cut Walnut, and Koa. Improvements to the roof also contribute to the pleasant in-cabin experience.

The Continental GT Speed should launch soon and could be brought to India as well. While it will cost a bomb, you get the definitive Bentley experience in return, courtesy of its impressive performance and luxurious interiors.