Apart from cosmetic updates, the Bentayga adds more finesse with the latest suite of technology to make it more appealing 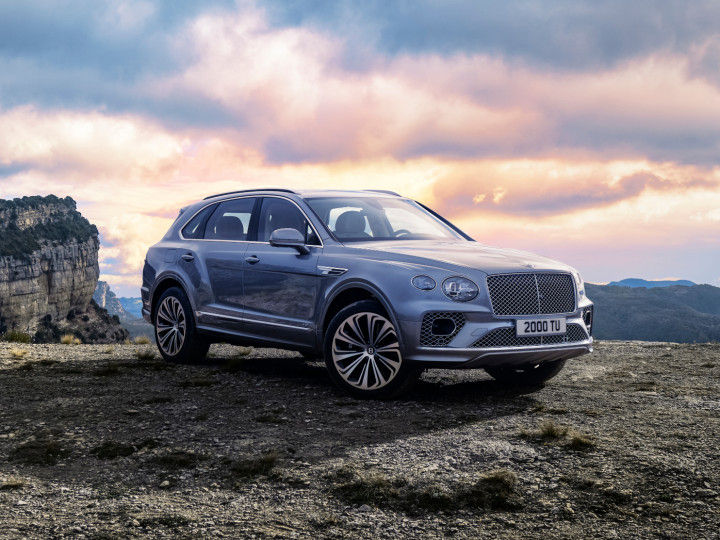 Bentley has unwrapped the facelifted 2021 Bentayga, which now features a handful of cosmetic and tech updates. It also gets a host of new tech on board and customisation options to make it more likeable and appealing to own.

With the recent design updates, the classy looking Bentaya has become all the more eye-catching. One can notice the new blacked-out grille which is flanked by the familiar round LED headlamps, which now get matrix function and an opulent looking crystal effect. The aggressive styling elements in the bumpers give it that extra bit of road presence. The rear end has also received good attention to detail, courtesy the redesigned tailgate and the number plate positioning, which is shifted to the bumper. The sleek oval tail lamps, which take inspiration from the Continental GT, round off the exterior design.

The interior has also received more attention, thanks to the redesigned central console and the upgraded 10.9-inch infotainment system, which features connected car technology as well as wireless Apple CarPlay and Android Auto. We particularly like the design of the central AC vents which now integrate the Breitling clock in it. Other highlights include a redesigned steering wheel and a fully digital instrument console.

Rear occupants are also pampered with important upgrades. Rear legroom is now up by 100mm in certain variants while five-seater versions will come with ventilated seats for rear occupants. Also new for rear seat occupants is the 5-inch touchscreen tablet through which you can operate various settings of the car. Audiophiles can also rejoice as the Bentayga can now be opted with a 20-speaker 1780W Naim sound system!

This being a Bentley, it has plenty of customization options and one can opt for their favourite colour, interior finish, trims and even the finishing touches of the quilt effect. On top of that, it has also added two new straight-grained veneers: Koa and Crown Cut Walnut.

Powertrain options for the Bentayga remain the same as before. That means you get that creamy smooth 4.0-litre twin-turbo V8 petrol engine that develops a stonking 550PS and 770Nm of thrust. Mated to an 8-speed automatic gearbox and all-wheel drive system, this luxury barge is capable of doing 0-100kmph in 4.5 seconds and maxes out at 290kmph. If that ain’t enough, you can opt for the mighty 6.0-litre W12 unit that’s set to follow soon.

The updated Bentley Bentayga rivals the Mercedes-Maybach GLS SUV and the Rolls Royce Cullinan. Expect it to reach India in 2021. Prices should start around the Rs 4 crore mark (ex-showroom).