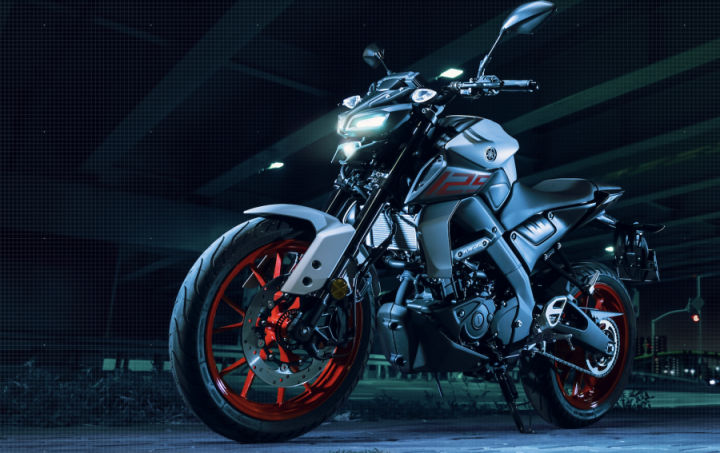 The dark side of Japan is being systematically brought up to date. After unveiling a new MT-03 a few weeks ago, Yamaha has now updated the smallest bike in its MT range, the MT-125. However, before you get carried away with this news, let us tell you that Yamaha won’t be bringing the MT-125 to India.

Why? Because of the MT-15. The existence of the MT-125 is necessitated by European A1 licensing norms, which place a cap on displacement, power output and weight. The MT-125 is also a direct competition to the KTM 125 Duke in European markets, with the two motorcycles being neck-and-neck on paper.

Since these licensing rules aren’t present in India, and a larger displacement means bragging rights for the Indian buyer, we receive the bigger MT-15 instead. With this largely similar bike already on sale here, we don’t expect Yamaha to bring the MT-125 to our shores anytime soon. The price gap between the MT-125 and MT-15 would also cause cannibalism in terms of sales and confusion amongst buyers, which will further deter Yamaha from introducing the 125 in India.

Yamaha has been selling the 125 in Europe for a while now. However, this bike gets some updates, primarily Variable Valve Actuation (VVA) just like the MT-15 and R15 v3 in India. Peak power output continues to be 15PS, while torque has marginally reduced to 11.5Nm. This loss has been brought about by the MT-125’s need to comply with Euro 5 emission norms that will kick in next year.

While the addition of VVA hasn’t bumped up the peak power output, our experience with the 155cc VVA-equipped motor on the R15 has shown us increased rideability over the previous-gen 149cc engine thanks to a better spread of power across the rev-range and more mid-range grunt.

With the first cam profile working up until 7400rpm, there is a good dose of power available in the lower and mid regions of the tacho, while the second cam lobe takes over after this to deliver adequate top-end punch. This increased usability and versatility mean that the reduction in peak torque output isn’t as pronounced as you might think. The engine continues to be mated to a 6-speed gearbox but this is now done via a new slipper and assist clutch. Although the possibility of upsetting the ride while aggressively going down the 6-speed gearbox on a 125cc bike is highly unlikely, it will definitely reduce clutch effort, something the budding rider will thoroughly appreciate.

The styling of the 125 has also been reworked, and it now gets the new family look, with an LED headlight flanked by two LED DRLs. The tail-lamp is also an LED unit, but the turn indicators are conventional bulbs. The bike now has a mean look, especially when viewed head-on. This is accentuated by the redesigned, more angular bodywork.

Another big update is the fully digital LCD instrument cluster that is shared with the MT-15. While the MT-15 in India has to make do with a conventional telescopic front fork and a box section swingarm, the European-spec MT-125 continues to be kitted out with a 41mm upside-down fork and cast aluminium swingarm. The rear tyre size has also been upped to 140/70-R17.

Braking duties continue to be fulfilled by a 292mm front disc assisted by a 230mm rear disc. Despite now meeting Euro 5 emission norms, the MT hasn’t put on any weight, continuing to tip the scales at 140kg fully wet. This has come at a cost, though, with fuel capacity now reduced to just 10 litres.

Prices overseas haven’t been revealed yet, but Yamaha has said the motorcycle will go on sale in December this year. We don’t have to fret about the pricing, since we aren’t going to get this motorcycle in India anyway, but international prices will be announced soon enough.