Here’s The Mercedes-Benz GLA Before Its Global Unveil 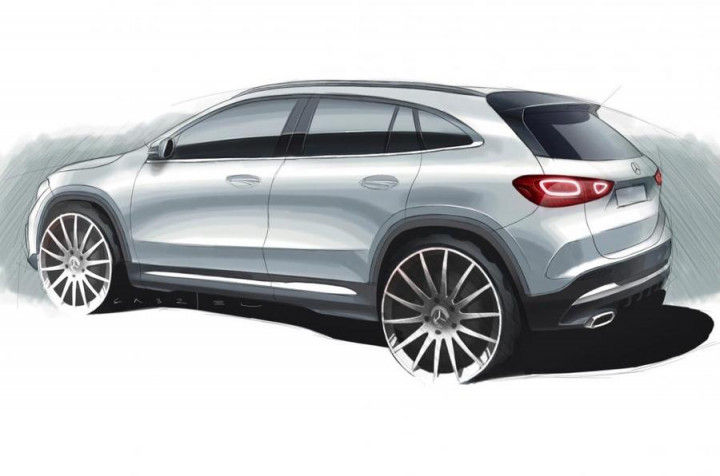 Mercedes’ answer to the BMW X1 and Audi Q3 is getting a complete revamp with a generation change. The second-generation GLA, which will be loosely based on the new A-Class, is all set to be unveiled on December 11. Mercedes had now teased the new GLA through a design sketch and these are most probably the last set of spy images you’ll see before the SUV drops its camouflage.

The design sketch shows a crossover-like stance with various design cues from the A-Class, for instance, the tail lamps seem to have a similar shape. The concept in the design sketch looks like it has grown a bit in size. Mercedes has informed that the new GLA will be taller by 10cm but the length has gone down by 15mm. That said, the carmaker has assured that this won't affect the cabin space due to a longer wheelbase than its predecessor.

Coming to the recent spy shots, it is evident that the second-generation GLA looks taller than before. Despite the camouflage, we can see that the headlights and the overall front fascia are reminiscent of the A-Class. Even though the GLA has grown a bit in size, it still looks more like a crossover than a full-blown SUV. The cabin also gets a thorough revamp in tune with the modern crop of Mercedes models. The instrument cluster and the central infotainment system comprise a huge single unit, below which are the turbine-style aircon vents.

The second-gen GLA will most likely be powered by three engine options. First up is a 1.3-litre turbo petrol unit developed with help from Renault. This engine produces 163PS and 250Nm mated to a 7-speed DCT. The 2.0-litre turbocharged petrol mill pushes out 224PS/350Nm and is expected to come paired with an 8-speed DCT.  The diesel will be a 2.0-litre unit capable of either 150PS/320Nm or 190PS/400Nm. Mercedes might also offer a 1.5-litre diesel engine for the GLA.

Mercedes-Benz will unveil the GLA online on December 11, which means we’ll have to wait to see it in flesh most likely till the 2020 Geneva Motor Show. Currently, the GLA is priced between Rs 32.33 and Rs 41.51 lakh (ex-showroom Kolkata).