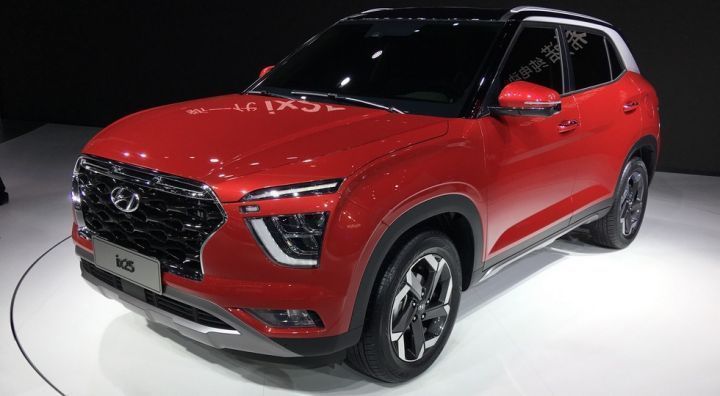 The Hyundai Creta redefined the compact SUV segment  with a unique combination of style, features and premium flair to make it one of the best-selling cars in India. However with new entrants like the MG Hector and Kia Seltos pinned as game changers, Hyundai had to respond. It did so by introducing the second iteration of the SUV which was showcased earlier this year at the 2019 Shanghai Motor Show as the the ix25 for the Chinese market. And now, what’s different on the outside and under the skin of the next-gen SUV has been revealed.

When it comes to size, we already know that the next-gen Creta will be based on the upcoming Kia Seltos SUV. And it shows as the next-gen SUV is 30mm longer, 10mm wider, 8mm shorter and has its wheelbase extended by 20mm compared to its predecessor. However, these dimensions are from the Chinese spec model. It could be different in the India-spec Creta, especially in terms of ground clearance. Overall, the next-gen Creta gets a more rounded design when compared to its predecessor with highlights like a split-headlamp and taillamp design.

As the next-gen Creta is based on the Kia Seltos, it is likely to share the same BS6 compliant powertrains. The engine options consist of  a 1.4-litre turbo-petrol, a 1.5-litre petrol and a 1.5-litre turbo-diesel. The 1.5-litre diesel delivers 115PS and 250Nm of peak torque which is lower compared to the current Creta’s 1.6-litre motor (128PS/260Nm). However the petrol option is set to get a boost with the 1.4-litre turbocharged motor that delivers a healthy 140PS and 242Nm. On the other hand, the 1.5-litre naturally aspirated puts out 115PS and 144Nm. Like the Seltos in India, the Creta is also expected to be available in the 6-speed MT, 6-speed AT, CVT and 7-speed DCT transmission options.

On the feature front, expect the next-gen Creta to get similar features as the India-spec Seltos. Some of them could include Hyundai’s Blue Link connected car tech with a large 10.25-inch touchscreen. Other features that are expected on the SUV include dual-zone climate control, cruise control, powered front seats and a sunroof.

Hyundai plans to introduce the second generation Creta in India around 2020. It is expected to debut at the 2020 Auto Expo, with a possible launch in March that year.  A seven-seat version of the SUV is also in the works to take on the likes of the Mahindra XUV500 and the seven-seat Tata Harrier.

Expect the 2020 Creta to carry a premium over the current model which is priced from Rs 9.6 lakh to Rs 15.65 lakh (ex-showroom Delhi). Once launched, expect the next-gen Creta to take on key rivals like the Kia Seltos, MG Hector, Tata Harrier, Nissan Kicks, Renault Captur and the upcoming Volkswagen T-Cross and Skoda Kamiq SUVs.