Is a facelift enough to put the Vento back into the game? 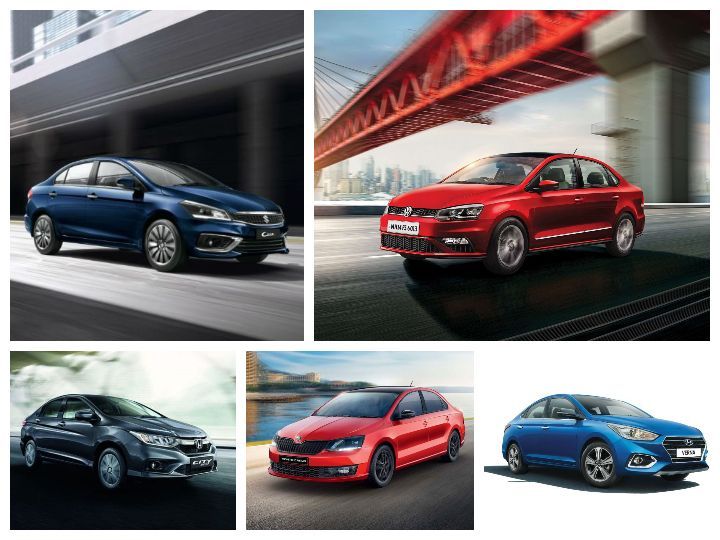 The Volkswagen Vento is renowned for its solid build quality and mature styling while also being fun to drive. It is one of Volkswagen’s bread and butter models in India and was a sales success for the German automaker when it was first launched in 2010. That said, the Vento is now starting to show its age in the wake of fresh competition from the Verna, CIty and Ciaz. Also, the Vento’s humble cousin, the Skoda Rapid, poses a threat for the VW. In a bid to get back into the game, Volkswagen has given the Vento a much required facelift. But is that enough? Let’s find out.

The Volkswagen Vento and the Skoda Rapid are the smallest of the lot in almost all aspects. On the other hand, the CIty and Ciaz are one of the bigger models while the Verna takes the middle road. The bigger dimensions also mean that the Japanese duo are the best in hauling five occupants unlike the rest which are four seaters at best.

Undoubtedly, the City and Ciaz also offer you the biggest boot here at 510 litres. Surprisingly, the Vento offers a better boot space than the Skoda and the Hyundai.

The Volkswagen Vento comes with a decent amount of features to keep you satisfied. Just like its rivals, the Vento offers you a touchscreen infotainment system with Android Auto and Apple CarPlay, automatic climate control, steering mounted audio controls and cruise control. Apart from that, you also get tilt and telescopic steering wheel, auto dimming IRVM, rain sensing wipers and keyless entry. The Vento also comes with connected features as standard while the City and Ciaz offers them as optional extras.

The Volkswagen Connect feature that was rolled out along with the Polo and Vento facelift allows users to keep a track of driving behaviour and statistics, trip sharing, dealer intimation of service malfunction, and more. That said, the Vento doesn’t get some feel good features its rivals offer like a push button start, sunroof, rear sun blinds, ventilated seats and wireless phone charger.

* only in Automatic variants.

Safety features in the Vento include four airbags, ABS with EBD and rear parking sensors with a rearview camera. But, the Verna and City offer additional curtain airbags. That said, if you intend to pick an automatic variant of the Vento, Rapid or Ciaz, you also get ESP and hill hold control added to the kit and similarly all of the trio misses out on ISOFIX mounts. It must be mentioned that the CIaz offers you the least amount of airbags in this bunch.

The Volkswagen Vento comes with two petrol powertrain options. The 1.6-litre MPI engine is shared with the Rapid while the 1.2-litre TSI makes the Vento the only sedan in the segment to offer a turbo-petrol engine. Both engines develop 105PS of power, which isn’t class leading figures by any means. That said, they develop class leading torque figures. On the other hand, the Verna’s 1.6-litre unit develops the highest power figure followed by the Honda CIty and the rest.

The Verna also comes with an entry-level 1.4-litre petrol engine option that develops 100PS of power and 132Nm of torque.

The Volkswagen Vento and Skoda Rapid share the same 1.5-litre TDI engine that develops 110PS and 250Nm. While it beats the Ciaz and City hands down, it can’t come close to the Verna's 1.6-litre engine in terms of output figures. And just like the Verna petrol, even the diesel version is available with a smaller 1.4-litre unit that develops 90PS and 220Nm.

In terms of fuel efficiency, the Ciaz diesel takes you the furthest for a litre followed by the Honda CIty, Verna 1.4, Vento, Verna 1.6 and the Rapid.

The Volkswagen Vento is not exactly cheap. Yes it comes with a decent amount of features and multiple engine options. Topping the cake is the top-spec variant’s high-tech DSG gearbox. That said, the Vento facelift doesn’t bring anything new to the table, which is a bit of a disappointment.