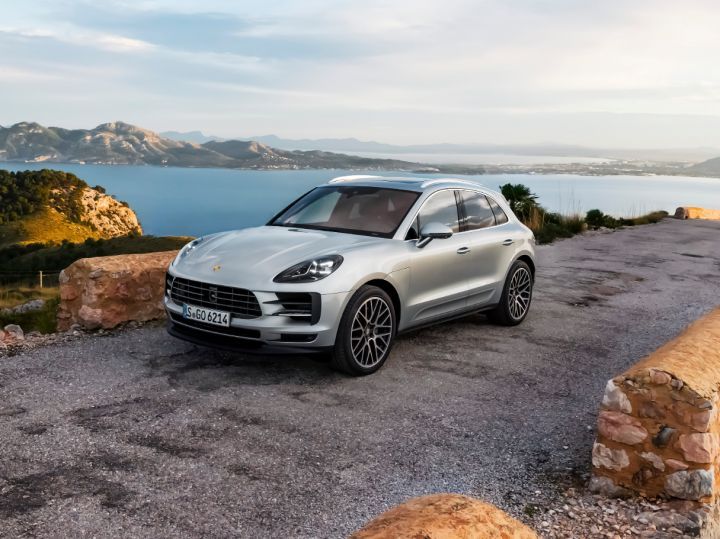 Earlier this year, we had reported that Porsche was gearing up to launch the Macan facelift in India in July. Now, the German manufacturer has confirmed that the updated version of its baby SUV will go on sale starting July 29.

For long, the Macan has been the most affordable way to own a Porsche in the country. However, with its age showing now it did feel a bit obsolete. But Porsche plans to rectify that by launching the new Macan with a host of updates as well as a more affordable price tag.

Already on sale in various international markets, this is the first update for the SUV in India and here are five things that you need to know about the new Macan.

The updated Macan will be available in two variants -- Macan and Macan S. Before you ask us, the bonkers Macan Turbo which was offered previously will not be available at launch, but could land here a little later. The Macan S employs a 3.0-litre twin-turbo V6 that puts out 354PS and 480Nm of torque. On the other hand, the standard Macan comes with a 2.0-litre turbocharged 4-cylinder unit that puts out 248PS and 370Nm of torque. Both engines will come mated to a 7-speed dual clutch transmission as well as all-wheel drive as standard.

Both variants can also be had with Porsche’s Sport Chrono pack which gets additional driving and performance aids like launch control, driving modes, upgraded gearbox maps for faster gearshifts, sportier response, dynamic transmission mounts and a stopwatch to time your laps. Phew!

Here’s a detailed look at the Macan’s specifications:

The Macan facelift gets a more aggressive front end thanks to a sleeker grille and sportier air dams. The headlamps have also been revised and are expected to feature all-LED units just like the new 911. While things remain more or less the same in profile, the updated model gets connected LED tail lamps at the rear, just like the new 911 and the Cayenne.

Yes, quite a few. Inside, the updated Macan gets a revamped dashboard. Those with a keen eye might also notice that the steering wheel is a direct lift from the new 911. The central console now gets a 10.9-inch infotainment system that features the latest iteration of Porsche Communication Management System. Unlike the latest Porsches, you still get traditional buttons that flank the gear lever to give it an aircraft cockpit-like feel.

But like any other Porsche before it, the Macan comes with a host of optional and customisable features to satisfy your every need. This includes a choice of two sound systems -- Bose and Burmester - an air ioniser in the AC and various trim and colour options.

You can also replace the standard springs with air suspension with Porsche Active Suspension Management. This actively adjusts damping force for increased comfort and sportiness.

The Porsche Macan is expected to get a competitive price tag to compete with its closest rivals - the Audi Q5 and Jaguar F-Pace. According to our sources, it is likely to be priced from Rs 70 lakh to Rs 75 lakh (ex-showroom pan-India), which should make it Rs 10 lakh cheaper than the current model (Rs 80.78 lakh to Rs 1.52 crore, ex-Delhi).

Interested in the Macan facelift? Stay tuned to ZigWheels for further updates and launch details.