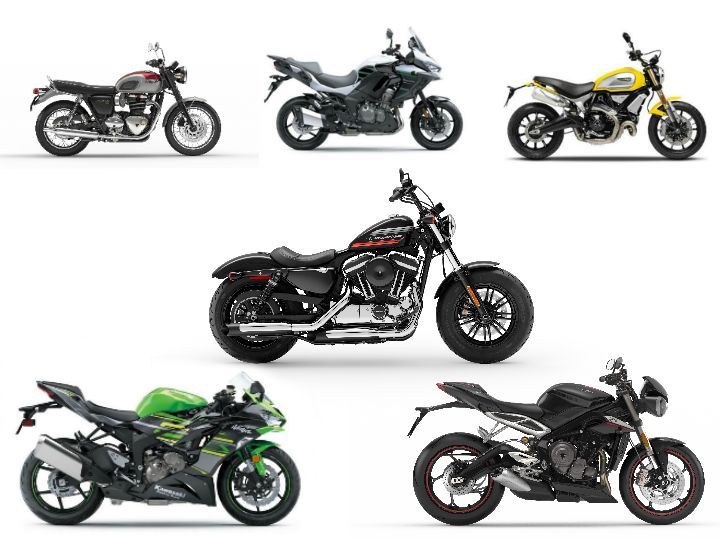 With a sticker price of Rs 10.98 lakh, ex-showroom India, Harley-Davidson India has managed to keep the Forty-Eight Special competitively priced. It is roughly Rs 40,000 more than the Forty-Eight, which it replaces in India. At that price point, you have got numerous options. We have managed to narrow it down to five with each and every one of them as similar as chalk and cheese.

1. Triumph Bonneville T120
Price: Rs 9.97 lakh
If Harley is a true-blue representative of American motorcycling, then Triumph is its spiritual cousin across the pond. Of their whole line-up, the Bonneville T120 is one of the most typical British bike that one can lay their hands on. Powered by a 1200cc parallel-twin High Torque engine, the classically styled motorcycle is one of the most reliable motorcycles that we have tested so far.

2. Ducati Scrambler 1100
Price: Rs 10.92 lakh
Ducati’s fortunes turned for the better since they launched the Scrambler as it made the brand more accessible to the masses. The results speak for themselves. Yet, there was room for something bigger. And bigger it was with the Scrambler 1100. It does feel like a mature version of the Scrambler 800 but it is definitely the faster option. And it costs as much as the Harley.

3. Kawasaki Versys 1000
Price: Rs 10.69 lakh
Kawasaki did have their litre-class inline four-cylinder adventure tourer in their India line-up for a while but was discontinued during the latter half of last year. Now it is back as the latest one was launched just this year. Armed with rider aids such as rider modes and switchable traction control, the Versys 1000 is the most advanced child of its series. Although it doesn't make as much power as it's sports-tourer cousin, the Ninja 1000, it has got long travel suspension which should take care of most Indian roads.

4. Kawasaki Ninja ZX-6R
Price: Rs 10.49 lakh
Kawasaki India's second launch in 2019 was quite out of the blue as we finally got our hands on a legally-imported inline four 600cc supersport, the Ninja ZX-6R. This track-biased baby can drive you crazy with its 130PS (136PS with Ram Air) which is made at a whopping 13,500rpm! Coupled with top-spec components, the Ninja ZX-6R is one of the most feature laden motorcycles around the Rs 10 lakh mark.

5. Triumph Street Triple RS
Price: Rs 11.13 lakh
Admittedly, this is the costliest motorcycle of this list. However, no other motorcycle comes as close to being as bang for your buck as the Triumph Street Triple RS. Pumping 121PS from its 765cc triple motor, the RS is the most powerful amongst its Street siblings. The naked ergos offer a great balance between street-friendliness and track-attack. Plus with a wide array of electronic aids, this is the most technologically-superior motorcycle here. Shame the bug-eyed look doesn't thrill many.