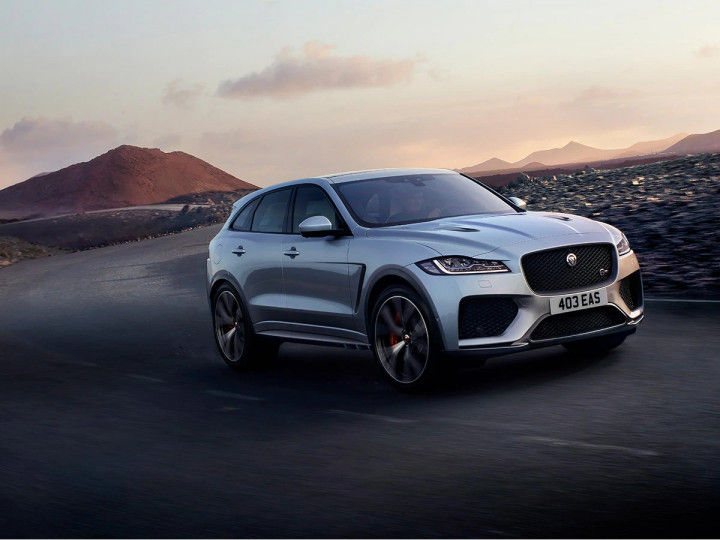 Jaguar has listed the F-Pace SVR on its India website, hinting at an upcoming launch. While an official launch and bookings date is still expected from the company, it was rumoured that the dealerships had started accepting bookings. However, when we got in touch with a couple of dealerships, they categorically denied taking bookings and could not even hint towards a launch timeline.

When it finally does, the F-Pace SVR will be brought in India as a completely built unit (CBU) from the United Kingdom and is expected to be priced over Rs 1 crore, significantly more than its 2.0-litre petrol and diesel versions which are priced at Rs 64.23and Rs 64.64. The F-Pace SVR isn’t the only new car Jaguar is bringing in the country as the 2019 Jaguar XE is set for an unveil next week. You can read that story here.

At its heart lies Jaguar’s 5.0-litre supercharged V8 good for 453PS of power and 680Nm of torque. This gives the SUV a 0-100kmph time of 4.3seconds and a top speed of 283kmph. It is the second car from JLR’s Special Vehicle Operations to come to India. The F-Type SVR was launched earlier this year for Rs 2.65 crore.

Folks at SVR haven’t only tinkered with the engine. In fact, stiffer suspension and lighter wheels are among the few SVO’s handiworks. Software such as Intelligent Driveline Dynamics and Adaptive Surface Response are also tuned for on-road handling and the Active Exhaust System tames the 5.0’s roar on demand.

SVR stands for Special Vehicle Operations. It is to Jaguar and Land Rover what the M division is to BMW or AMG to Mercedes. Other than the coupe and SUV, SVR also builds the limited-edition XE SV Project 8. That’s the fastest four-door sedan to ever go around the Nurburgring.

It remains to be seen when and if Jaguar decides to launch the F-Pace SVR in India. But, if sporty SUVs are your thing, you have a range of options, right from the GLC 43 AMG and Macan S, to the borderline lunatic Range Rover SVR and G 63 AMG. Until properly sporty mid-size SUVs from the stables of AMG and M division find their way to India, Jaguar has no predators.