2017 Nissan GT-R teased ahead of debut 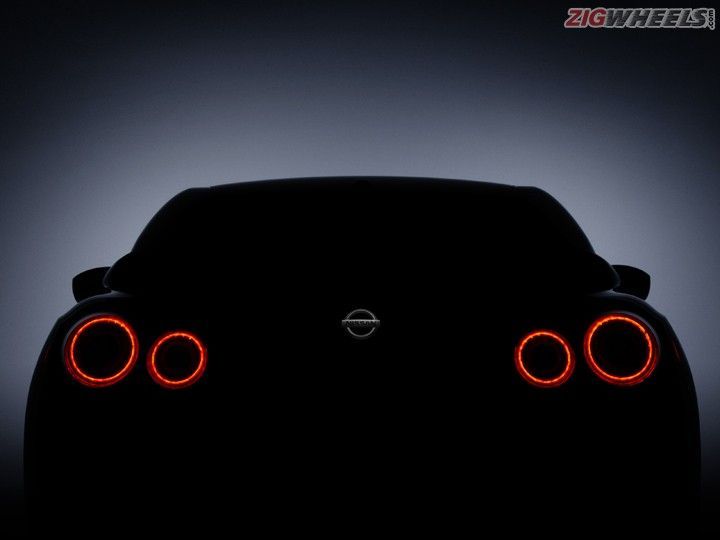 It was recently announced that the Nissan GT-R, which was showcased at the 2016 Auto Expo last month, will be launched in India soon. The car has been teased in its 2017 avatar ahead of its debut, at the New York International Motor Show 2016 on March 23, and has set the Indian markets abuzz with speculation whether it could be this model that will arrive on the Indian shores.

In the teaser, the Japanese manufacturer has shown a darkened silhouette of the 2017 Nissan GT-R where one can see outlines of the rear fascia, with the Nissan logo and tail lamps shining bright. The animation has the lights illuminating, giving fanboys butterflies in their stomachs.

However, apart from a few tweaks on the front fascia and in the aerodynamics, not many major changes are expected on the 2017 Godzilla from the outgoing model that we recently drove at the Buddh International Circuit. Similarly, on the inside too, the 2017 Nissan GT-R is expected to incorporate a few minor changes like an updated infotainment system.

The 2017 Nissan GT-R is expected to be powered by a refined version of the same 3.8-litre engine that performs duties on the current model. The pot is good for 550PS of peak power and 612Nm of peak torque, and is mated to a 6-speed dual clutch gearbox, which in turn is mated to an all-wheel-drive layout.

Overall, the car should be more refined, better insulated, lighter, more powerful and faster than its predecessor. However, nothing conclusive can be said about any of the car's details at this moment.

Despite having never been sold in India, the Nissan GT-R has been popular car among the elite of the country, with around 50 units imported over the years. Famous owners/former owners of the car include the likes of the legendary cricketer Sachin Tendulkar.