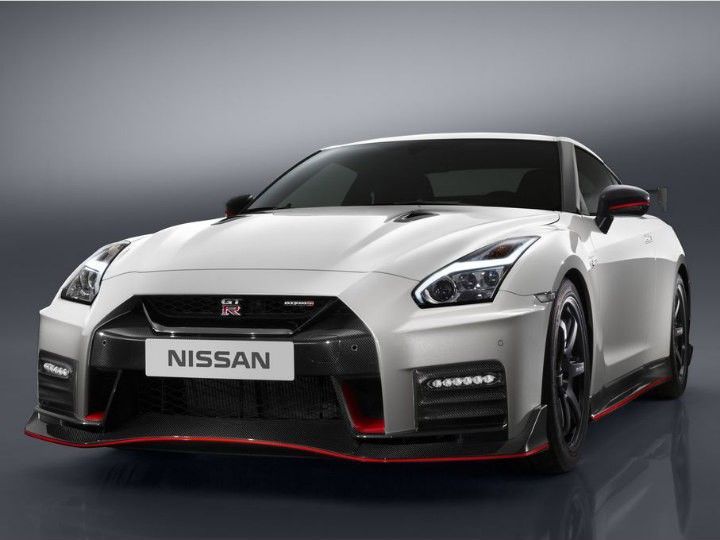 Nissan’s latest halo car, the 2017 GT-R, is out with its hot-headed version from its tuning wing, Nismo (Nissan Motorsport International Limited). The car was unveiled at the Nurburgring racetrack in Germany recently, as the GT-R was developed at this very track. The GT-R Nismo sees changes on exteriors, interiors, as well as the drive and engine fronts.

The 2017 GT-R Nismo is sure to impress you with the plethora of carbon fibre bits on its exteriors. An aggressive front bumper is underlined by the lower splitter, which is carried to the side skirts and the rear diffuser. The car also carries the characteristic Nismo red highlight running around the base of the GT-R. The front grille carries a little “Nismo” badge, while one can also see the all-new headlamp unit from the facelifted GT-R. The rear of the GT-R gets a huge wing for added downforce.

On the inside, the GT-R Nismo gets the same dashboard as the facelifted GT-R; however, for the sake of distinction, the Nismo uses a lot of Alcantara leather. This type of leather is quite popular with sports cars as it is not too shiny, thus allowing the driver to focus on the road better. After all you wouldn’t want to turn your head left and go, “Hey, what's that shiny thing?” when you’re doing some 250-odd kmph in a GT-R, would you?

The central console now boasts of an 8-inch touchscreen infotainment screen and a less cluttery layout with reduced number of buttons.

The front-engined supercar gets a 3.8-litre V6, which is twin-turbocharged to produce 600PS of power, 35PS more than the standard GT-R. This motor is mated to a 6-speed dual clutch gearbox which is mounted on the rear axle for better weight distribution. Not to mention, it’s an all-wheel-drive system, which adds to the GT-R’s mega performance. The motor is hand built by master engineers in Yokohama, Japan, whom Nissan calls Takumi.

Nismo has also made sure that the power is effectively channelled to the tarmac, and for this they have employed race-spec stabilisers and springs. The GT-R Nismo also uses Bilstein DampTronic suspension, which adjusts themselves according to the selected driving mode.

Speaking of India, Nissan plans to bring the GT-R here this year. Question is, will it be the 2017 model or the old one. Reason being, we had driven the 2016 GT-R at Buddha International Circuit, in Noida, and we weren't conveyed anything about the 2017 version by Nissan India.