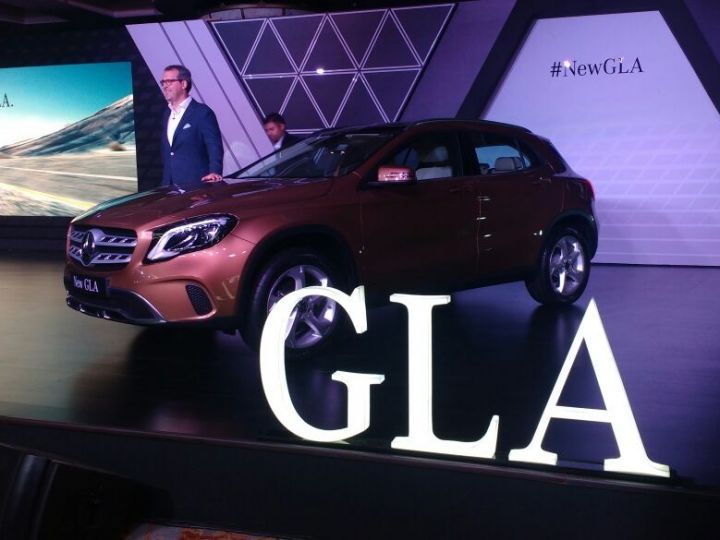 The smallest SUV in Mercedes-Benz's portfolio has received its first update in India. Here's a detailed variant-wise price list of the updated Mercedes GLA -

All prices are ex-showroom India.

Not a lot. In terms of aesthetics, the baby Benz gets a new front and rear bumper that gives a more SUV-like appearance. Mercedes has also ditched the old bi-xenon headlamps in favour of an all-LED setup, and the taillamps get revised detailing as well. Notably, there's a new 'Canyon Beige' paint shade and new 18-inch alloy wheels too.

Step inside, and there is one change worth talking about. The infotainment has been upgraded to an 8.0-inch unit that now supports Android Auto and Apple CarPlay besides offering satellite navigation. Other minor changes include a re-detailed instrument cluster, different choice of upholstery shades, 12 ambient lights and a splash of chrome detailing on the centre console.

Space on the inside remains identical to the outgoing version, and so does the 481-litre boot.

What about the drivetrains?

The updated GLA borrows the same 2.0-litre petrol and 2.1 litre diesel engine from the outgoing version. Outputs remain unchanged at 184PS/300Nm (GLA 200) and 136PS/300Nm (GLA 200d)  respectively. The four-wheel drive (or 4MATIC in Merc talk) version churns out 170PS and 350Nm from the same diesel engine. Both engines are paired with a 7-speed dual clutch gearbox.

The Mercedes-Benz GLA goes up against the recently updated Audi Q3 and the all-new BMW X1. But, it also faces heat from the recently launched Volkswagen Tiguan. And, finally, by virtue of its price, it has landed up squarely in the Fortuner/ Endeavour territory as well. Carving out a spot for itself won't be easy, but the refreshed GLA doesn't look like it'll go down without a fight.