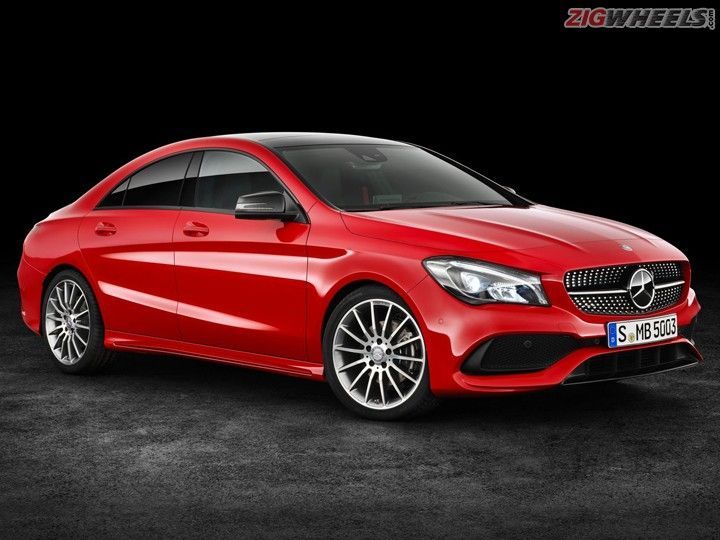 Mercedes-Benz has unveiled the 2017 edition of the striking CLA prior to its debut at the New York International Auto Show. The updates are very subtle and one will require a keen eye to spot the changes. The front bumpers have been restyled with black highlights around the air scoops at both ends of the front bumper. The rear bumper also receives minor changes. A new cavansite blue metallic colour completes the updated look, along with new 5-twin-spoke alloy wheels that look similar to the CLA 45 AMG.

Inside, the 2017 CLA gets a new 8-inch infotainment display that is slimmer and comes with a glass cover. The clocks get red needles to accentuate the sportiness further. Other updates include new seat covers. Feature-wise, the updated CLA gets optional full LED headlamps and Apple CarPlay as well.

Under the hood, the international-spec CLA uses the same 2.0-litre four-cylinder engine as before, with the option of front or all-wheel drive. The car is most likely to retain the existing petrol and diesel engine for India, which while the same engines as the ones abroad, are in a different state of tune here. The CLA 200 sold in India currently is powered by a 1991cc litre petrol engine producing 183PS and 300Nm of peak torque. The CLA 200 CDI uses a 2143cc engine that offers 136PS and 300Nm of torque. Both variants are mated to a 7-speed automatic transmission powering the front wheels.

The facelifted Mercedes-Benz CLA will go on sale in international markets by July this year, and is expected to hit our shores shortly hereafter.