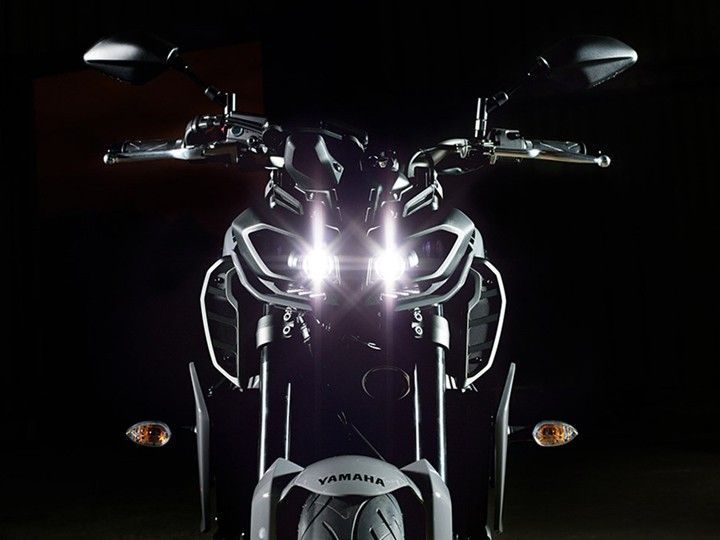 Ever since its launch in 2013, the Yamaha MT-09 has gone on to become among the most popular motorcycles for the Japanese two-wheeler giant. But with rivals raising the bar of competiveness, Yamaha has responded in style by unveiling the 2017 Yamaha MT-09. The new Yamaha gets cosmetic and mechanical updates to fend off its rivals. The biggest talking point for the new MT-09 is the love it or hate it MT-10 inspired headlight. Instead of the single piece unit as seen on its predecessor, the new MT-09 features twin-eye headlight. Each of the raked out headlight is equipped with two LED bulbs, and are wide enough to cover the bulky forks rather than sitting between them. The all-digital instrument console has been carried forward but the indicators have now been placed on the radiator.

Yamaha designers have also chopped the rear and the new MT-09 features a compact tail unit with a three-dimensional LED tail lamp. Saddle height has been increased by 5mm but Yamaha claim that the new seat offers better support for the rider.  The new MT-09 also benefits from the addition of slipper clutch while Yamaha’s Quick Shift System (QSS) is now a standard fitment. Yamaha engineers have also upgraded the 41mm dia USD forks with compression damping being adjustable in the left fork while the rebound can be tuned on the right shock.

Power output for the 2017 Yamaha MT-09 remains unchanged but the powerplant is now Euro 4 compliant. Since the Yamaha MT-09 is on sale in the Indian market and comes via the CBU route, we expect the new Yamaha MT-09 to land on Indian shores by mid-2017.