10 Amazing Facts About The Bugatti Chiron 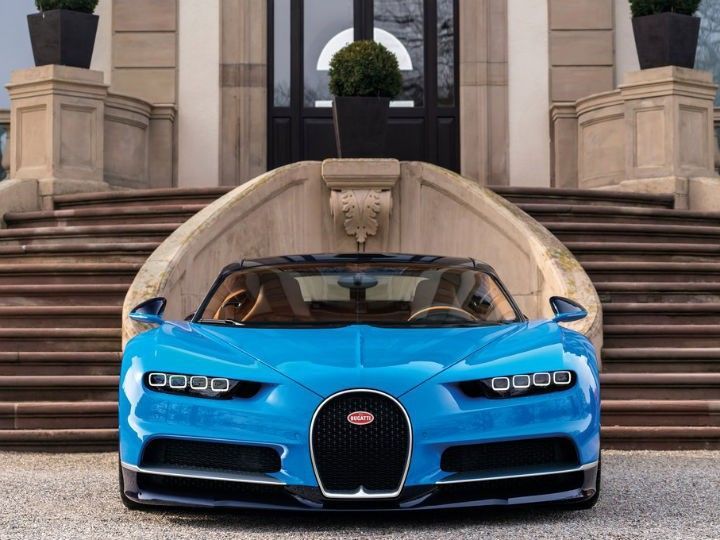 Before we dive into the world of the mind-boggling performance figures of Bugatti’s latest offering, the Chiron, let’s catch a quick recap of the French car firm’s reign under Volkswagen. Back in 1998, when the German automaker VW bought Bugatti, it had only one aim: to build the best car in the world. Several prototypes were built and even showcased at various auto shows across the world, but it wasn’t until 2005 that we saw the Bugatti Veyron – the fastest accelerating and most expensive car that the world had ever seen – take centre stage in the automotive world.

Over its 10-year production period, Bugatti made four different variants of the Veyron. All the versions of the car supported a 8.0-litre W-16 quad-turbo petrol engine. While all the car variants had the same engine set-up, the most powerful was tuned to produce 1,200PS of power and 1,500Nm of torque. This meant 100kmph could be reached from a standstill in 2.5 seconds, with a top speed of 415kmph.

With the Chiron, Bugatti wanted to raise the performance bar much higher and, at least on paper, it seems to have been able to achieve what it set out to. Let’s get cracking on some of the amazing facts about the Veyron’s successor, the Chiron.

Power: To outgun the Veyron, Bugatti’s engineers were faced with the challenge of producing 25 per cent more power from the same 8.0-litre W-16 engine. Bugatti claims it re-evaulated almost all components of the engine and they were newly developed. With the Chiron, the power goes up to 1,500PS and the torque figure jumps to 1,600Nm. The newly tuned twin-stage turbochargers guarantee the maximum torque delivery from 2000rpm to 6000rpm. That’s through 70 per cent of its entire rev-range! Oh, I almost forgot to mention the Chiron’s top speed – it is restricted to 420kmph but Bugatti says that, with the restrictions taken off, the Chiron can crack speeds of over 460kmph.

Fuel consumption: We don’t normally feature fuel consumption as a separate section, but for Bugattis we have to. Don’t expect words like fuel-economy or environment-friendly in its description, because Bugatti’s mantra is quite the opposite of what the rest of the industry chants. While Porsche and Ferrari have developed hybrid powertrains for their top-end models, Bugatti has stuck to the old-school combustion-only powerplant set-up. At maximum speed, the Chiron can empty its 100-litre fuel tank in nine minutes flat. That’s three minutes faster than its predecessor. In Bugatti’s mind, it’s just another performance figure!

Air intake and coolant circulation figures: Air, along with fuel, is compressed inside the engine cylinder for combustion to take place. With 8.0 litres of cubic capacity and four massive turbochargers pumping air inside the cylinders, the Chiron sucks in 60,000 litres of air per minute. That’s nearly as much as a human being would breathe in five days! The coolant circulation has to work overtime to keep the immense heat generated in check. Hence, the circulation figures are just as mad – 800-litres per minute!

Brakes: If you add more power to the powerplant that hurls the car along, you must strengthen the brakes as well. Thankfully, Bugatti didn’t forget about the brakes. Both the front and rear disc brakes are 20mm larger, 2mm thicker, and made from carbon silicon carbide – a meaner metal that’s more resistant to fading.

Wheels and tyres: At the front, you get 20-inch rims; at the back, the rims are an inch bigger. On the tyres front, the French carmaker partnered with Michelin to develop the tyres for the Chiron. The front tyres are measured at 285/30 R20 and the rear ones at 355/25 R21. Compared to the Veyron, the front tyres on the Chiron are 14 per cent and rear ones are 12 per cent wider.

Dimensions: With the aim to achieve a higher top speed, you’d expect the Chiron to be lower in height. But that isn’t the case. It is actually 6mm taller and 14mm wider compared to the Veyron. Although the differences in dimensions are minimal, the engineers at Bugatti managed to carve out an extra 12mm of headroom in the two-seater layout.

Luxury: A sleek centre console houses the gear lever and four circular air-con dials. That’s not exactly groundbreaking. What is groundbreaking, though, is the way Bugatti has given bespoke touches inside and outside. For example, you get a one-carat diamond membrane on each of the four tweeters, while the 'Macaron' (3D bonnet emblem) is made from enamel and solid silver. Another luxury that Bugatti has managed to incorporate in the Chiron is a boot that swallows a medium-sized travel bag under the hood.

Price: While the Veyron was made just as an engineering exercise, Bugatti wants to make some money from the Chiron. The company reported that each Veyron costed close to EUR 6 million to build but sold it to customers for just over EUR 1 million. However, in Europe, the Chiron is priced at EUR 2.4 million (approximately Rs 16.9 crore).