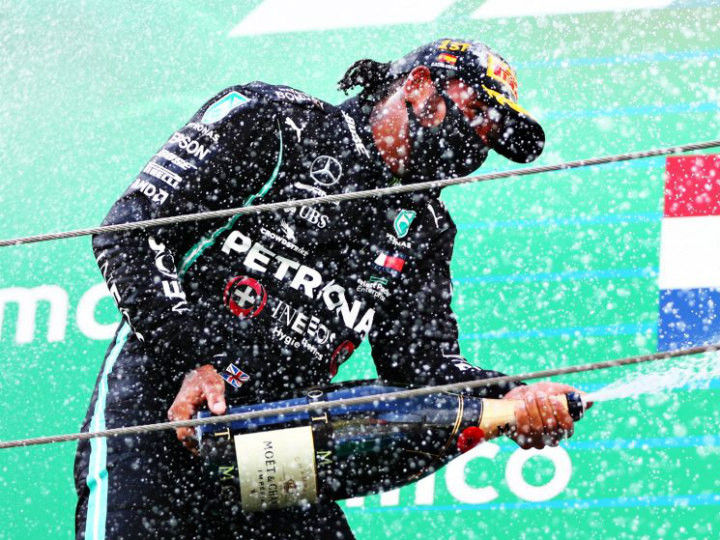 Lewis Hamilton and Mercedes took another step towards the 2020 driver’s and constructors titles with a dominant win at round six in Barcelona, Spain. Following Hamilton was last week’s race winner Max Verstappen in the Red Bull Honda with Hamilton’s teammate Valterri Bottas third after poor start essentially sealing his fate in the race. Unlike the previous two races at Silverstone, the Spanish Grand Prix was a relatively calm affair. With this result, Hamilton surpassed Michael Schumacher to become the all-time highest podium scorer at 156 podiums with the all-time win record only three victories away.

The 2020 Formula One season calendar may expand again as reports suggest that Turkey and Jerez are looking likely to be the next best candidates to be included in the calendar. Currently, Imola stands as the 13th and final race of the season for November 1.

The 2020 MotoGP season just keeps on giving, with Ducati’s Andrea Dovizioso winning a chaotic race at the Red Bull Ring. The significance of this win is that it has happened just a day after it was announced that Dovizioso won’t be continuing with Ducati for 2021 and currently is out of a seat. He was followed by  Suzuki’s Joan Mir taking his maiden premier class podium and Pragmac Ducati’s Jack Miller taking third at the line. Championship leader Fabio Quartararro struggled to 8th in the end but still holds a lead of 11 points over Dovizioso.

The Algarve circuit in Portimao, Portugal has been confirmed to host the season finale on November 20-22 which will mark a total of 15 races for the 2020 MotoGP season. Also don’t expect Marc Marquez to return to action anytime soon as Honda Racing Corporation confirmed that  Stefan Bradl will continue to act as replacement rider for the Styrian Grand Prix next week.

Racing action for the 2019/20 FIA World Endurance Championship finally resumed at the 6hrs of Spa-Francorchamps. The number 13 of Bruno Senna Gustavo Menezes and Norman Nato took pole position in the LMP1 category ahead of the two Toyota prototypes. But a torrential rain affected race saw both Toyotas cross the line in 1-2 with the leading Toyota piloted by Mike Conway, Jose Maria Lopez and Kamui Kobayashi scoring their third win of the season. The number 13 Rebellion took the final spot on the podium.

The 2019/20 Formula E Championship finally comes to an end with Nissan’s Oliver Rowland taking his maiden win in round 10 followed by Envision Virgin Racing’s Robert Frijins with Audi’s Rene Rast rounding off the podium. The 11th and final race of the season saw Mercedes score their first win of the season courtesy of Stoffel Vandoorne.  His teammate Nyck de Vries crossed the line second to make it a Mercedes 1-2  ahead of Nissan’s Sebastian Buemi in 3rd place. This result saw Vandoorne snatch 2nd overall in the drivers standings from Jean Eric Vergne. Mercedes scored a strong 3rd overall in the constructors standings in their debut Formula E season just behind Nissan and DS Techeetah.

It was a weekend to forget for Carlin’s Jehan Daruvala at round six of the 2020 FIA Formula 2 Championship at Barcelona. Qualifying 12th for the feature race, the Indian driver’s late safety car gamble didn’t pay off and dropped right down to 17th. The sprint race wasn’t much different as a combination of a track being difficult to overtake and no real strategy element left the Indian finish where he started. Daruvala will be looking to bounce back at the next round in Spa-Francorchamps that will commence from August 28-30.