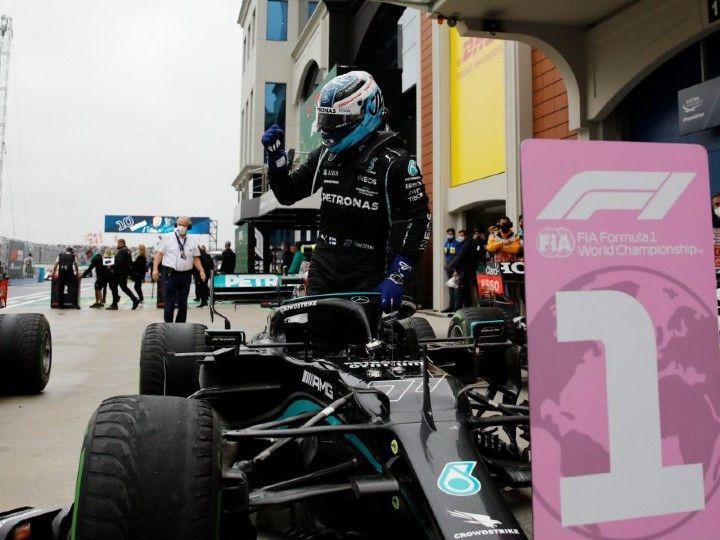 The last seven days, we’ve been treated to racing action at the Formula One Turkish Grand Prix and the finale of the 2021 DTM season. Off the track, there were a few crucial announcements on the provisional 2022 MotoGP calendar and Toyota Gazoo Racing confirming its driver lineup for the 2022 FIA World Rally Championship season. Here’s everything that transpired:

The 2021 Turkish Grand Prix saw a relatively straightforward race despite wet weather spicing things up. Mercedes’ Valtteri Bottas took his first win of the season, while the Red Bull Racing Honda pair of Max Verstappen and Sergio Perez finished second and third. This result puts Verstappen atop the drivers’ standings, just five points ahead of the Mercedes of Lewis Hamilton. Only six rounds remain.

Arjun Maini managed to finish the 2021 DTM season in style, scoring his maiden podium in Race 1 and securing a second-place finish at the Norisring. While the GetSpeed Mercedes driver secured sixth place in Race 2, it was nonetheless a solid finish to the rookie Indian driver’s DTM campaign.

We’re still two rounds away from the end of the 2021 MotoGP season, but the focus is gradually shifting to 2022, with MotoGP announcing a provisional calendar. It is set to be one of the longest seasons with 21 races, starting from the Qatar Grand Prix on March 6. Valencia will host the season finale on November 6.

Another crucial announcement came with Toyota Gazoo Racing retaining Elfyn Evans and Kalle Rovanpera for the 2022 WRC season. Replacing seven-time world champion Sebastien Ogier as the third entrant will be  Esapekka Lappi, who returns to the team after stints in 2017 and 2018.