The fresh styling cues should change its perception as that of a dull hybrid, and it’s got the numbers to back it up 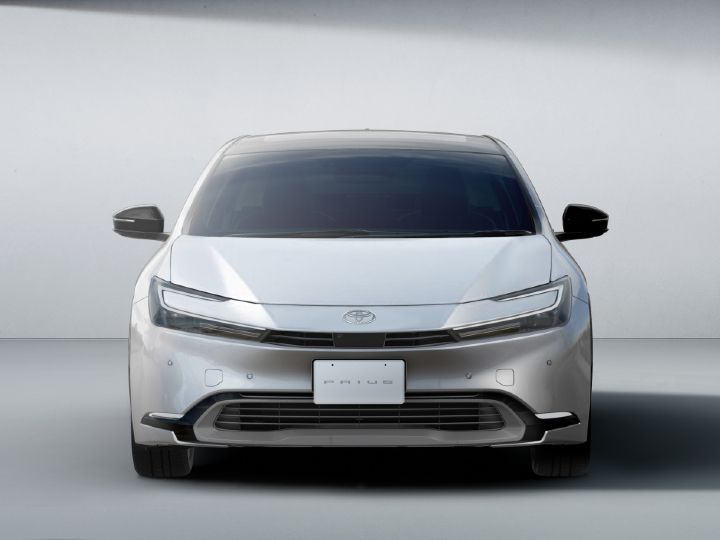 There has been a typical stereotype attached to the Prius whenever someone thinks of it. Probably because of its insipid looks and driving dynamics that had no one smitten. But things are set to take a turn as the new-generation Prius has just been revealed in Japan with fresh styling cues along with new and improved hybrid powertrains.

The overall silhouette of the new-generation Prius is somewhere between an evolution and revolution of the outgoing model. We say this because while the changes are plenty and extensive, giving it a rather sporty outlook, the swooping design is still that of a Prius – we say this with a good intention.

The creased sloping bonnet has hints of the previous-gen model but the new C-shaped headlights are sharper and sleeker. The profile is probably the best angle to view the new Prius with its clean lines and a sloping roofline which is met by a rather upright rear end.

The 19-inch wheels complement the wheel arches nicely and the sudden upright rear end gives it a crossover-like appearance. The sloping roofline merges into the boot lip spoiler, beneath which is the single strip tail light spanning the rear width of the car.

The cabin design is clean and follows an all-black theme with a contrasting red strip outlining the dashboard. The steering wheel is fat and chunky with two spokes – probably the only chunky element inside a cabin which gets large screens for the infotainment and driver’s display like Toyota’s bZ pure electric vehicles.

Toyota has equipped the Prius with the latest ADAS features with improved functionality with the help of increased range of detectable objects. It also has the vehicle-to-load function which allows for powering external devices using the vehicle’s battery. Remote functionality operational by a dedicated mobile application is offered for undertaking small maneuvers, especially convenient when parking in a tight space.

The plug-in hybrid powertrain comprises a 2-litre petrol unit paired to a bigger battery pack than the existing model which, Toyota claims, offers a 50 percent increase in EV-only driving range. The combined output of this powertrain is 223PS and it takes 6.7 seconds to clock 100 kmph on the speedo.

The plug-in hybrid variants also get a solar charging system that harnesses the power from the sun and converts it into electricity. According to Toyota, the system can offer a charge to the vehicle for a driving range of 1250km per annum. It’ll also generate electric power when stationary, used to replenish the battery.

While Toyota has only confirmed the new-gen Prius for Japan, North America, and Europe as of now, it did say other countries will also follow. But Toyota is bringing in more hybrids and as the upcoming Innova Hycross will get the same 2-litre strong-hybrid powertrain, we can’t rule out an India launch for the Prius, which in anycase, was on sale in the country back in 2017.