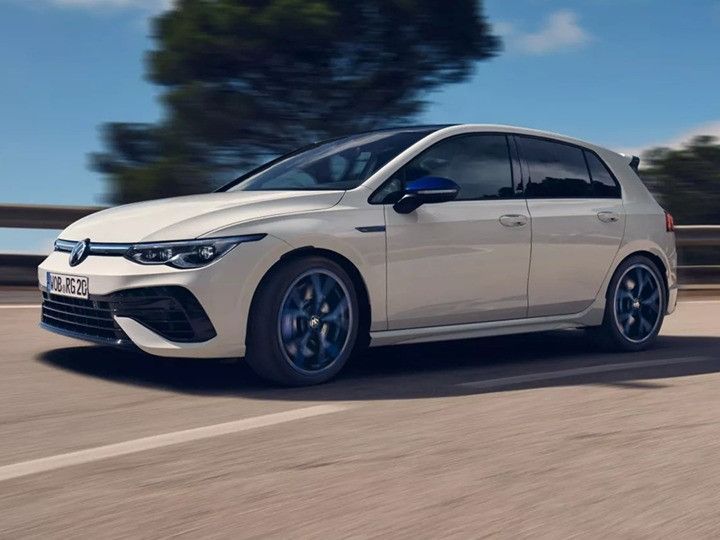 How to make a small car fun? Plonk in a big, powerful engine and give it all-wheel-drive (AWD). It’s not a popular idea in India, but in overseas markets where buyers are more ready to trade cash for speed, it’s given us some of the most iconic sportscars and hot hatchbacks. One such car is the Volkswagen Golf R, which is celebrating its 20th birthday with the 20th Anniversary Edition. And before you ask, no, it’s not coming to India, but it’s a legacy worth celebrating, nonetheless, as we have explained a little later in the story.

This special-edition premium hatchback comes with a 2-litre turbo petrol engine which gets a 13PS bump in power. It churns out 333PS and comes paired with a revised DSG dual-clutch automatic gearbox tweaked for better feedback in manual mode. All that power is sent to all four wheels via an all-wheel drive (AWD) system – a Golf R legacy feature. The sporty hatchback has enough muscle to propel you to 100kmph from a standstill in just 4.6 seconds!

The stock exhaust is plenty loud, but you can annoy your neighbours even more. The new Golf R offers a mode which lets the engine spin louder at 2,500rpm every time you start the car! Plus, like the standard R, you can opt for the Akrapovic exhaust to make things zestier.

The Golf R 20th Anniversary Edition is based on the eighth-generation Golf, and it inherits the premium hatchback’s sleek aesthetics and low-slung stance. It gets blue accents on the outer on the front grille, new blue-black 19-inch “Estoril” wheels, blue brake callipers and contrast-coloured outer rearview mirrors. At the rear, the Golf R looks properly sporty with its giant spoiler and quad exhaust tips.

Inside, the special-edition Golf hatchback has real carbon fibre trim pieces on the dashboard and doors. When you open the doors, the Golf R greets you with a “20 R” projection on the ground. There’s a “20” badge on the B-pillar as well.

In 2002, Volkswagen added a new top-spec version to the fourth-generation (Mk 4) Golf hatchback lineup in Germany. Called the VW Golf R32, it slotted above the GTI and it was the first production car with a dual-clutch gearbox. The carmaker somehow transplanted its 3.2-litre narrow-angle V6 petrol engine (also known as the 3.2 VR6) under the bonnet, and added a Haldex part-time AWD system to boot.

The 241PS Golf R32 quickly became popular, and Volkswagen introduced it in other countries in 2004. Since then, the fifth, sixth and seventh generation Golfs have all offered a top-of-the-line “R” variant.

R-spec Volkswagens have never been offered in India, and the trend is unlikely to change with the latest generation Golf R hatchback. Nevertheless, Volkswagen does offer the Virtus sedan in a sportier GT variant powered by a 150PS 1.5-litre turbo petrol engine and a dual-clutch gearbox. In fact, the 2-litre, dual-clutch, AWD drivetrain in the Golf R is also offered on the India-spec Tiguan SUV in a milder state of tune.