The Top Car News That Stole The Spotlight This Week

Two important launches, couple of important announcements, and few international news were the highlights over the past seven days 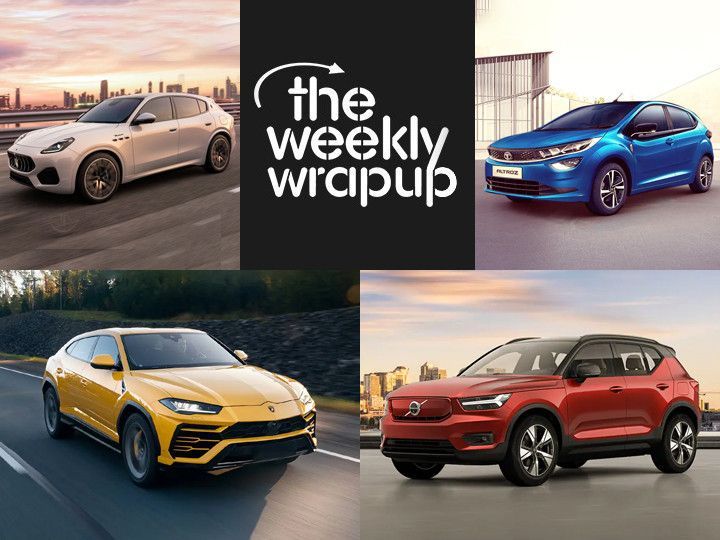 Missed tuning into ZigWheels? Then we have covered you with the top news that stole the spotlight over the past seven days:

After over two years of the Altroz’ existence, Tata Motors has finally introduced an automatic option for it. The 6-speed DCT uses planetary gears like torque converters and as a result, the premium isn’t as much as on other DCT-equipped cars.

The Volvo XC40 Recharge has been launched in India after a lengthy delay. It’s essentially the all-electric version of the standard XC40 that has been on sale for a while now. To know how much extra you have to shell over the standard XC40, click here.

Skoda has revealed its future plans in India after launching the Kushaq and Slavia. The carmaker is mulling to introduce a sub-4 metre SUV and manufacture electric cars in India. All details about this important news can be found here.

Kushaq Monte Carlo In The Works

The Kushaq will be the latest car from Skoda to get the Monte Carlo treatment in India. Like the Rapid Monte Carlo, the Kushaq too will get bespoke design touches for a sportier look. And the best part is you can read about its launch timeframe here.

Auto Expo Is Coming Back

Car enthu cutlets in India can rejoice as the country’s largest motor show, the Auto Expo, will be back in its latest instalment next year. We hope it’s as grand as before, and has the ability to attract more people, especially after the pandemic.

The wraps are off the Grecale, Maserati’s newest SUV, which sits below the Levante in the carmaker’s lineup. Elements that make it stand out are its Italian styling touches, tech, and the choice of not one, but three powertrains. All details here.

Lamborghini’s Urus And Huracan To Get More Variants

Lamborghini, like other carmakers, is paving the way for electrification, and the Aventador successor will be the first hybridized Lambo. And before the Urus and Huracan go under the knife, Lambo will give both of them one last hurrah to its pure ICE powertrain by launching two special editions apiece.