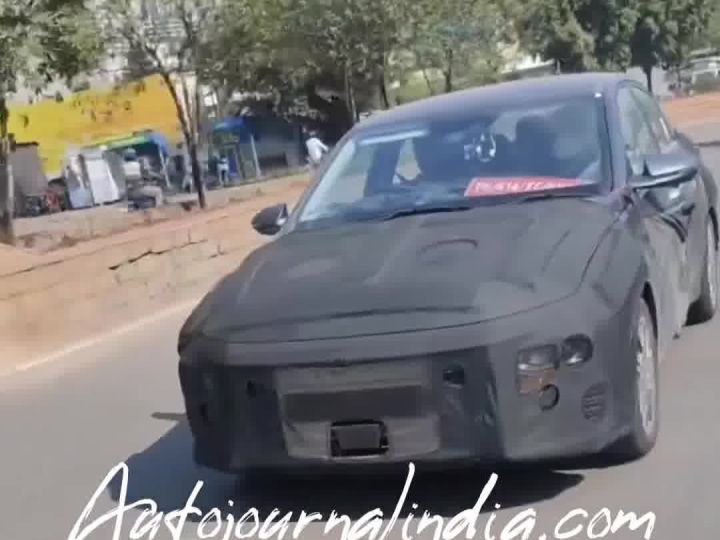 A new spy video reveals that the next-generation Hyundai Verna could get a sportier N Line variant. If it turns out to be true, the Verna will probably become the third Hyundai model in India to get an N Line variant, after the i20 and Venue N Line.

Verna N Line will be a sporty sedan

The spy video shows that the sportier Verna will get disc brakes on all four wheels with red front brake calipers, a touch found in Hyundai’s N Line cars. It’ll also get a distinct alloy wheel design with a sportier outfit – the alloys in the video seem somewhat similar to the diamond-cut wheels of the Venue N Line.

Going by the existing N Line models, the Verna will likely get extensive styling changes on the outside such as a distinct grille design and blacked-out and dark chrome exterior trim bits and red accents. It’ll also have black plastered on the ORVMs and on the roof for the dual-tone option

It’ll likely get sportier cues inside as well, such as a black-themed cabin with plenty of red touches, including for the digital driver’s display and ambient lighting.

Apart from the cosmetic changes, the Verna N Line should get a stiffer suspension setup for better handling and a more rorty exhaust note.

The standard Verna is expected to get 1.5-litre petrol and diesel as well as 1-litre turbo-petrol engines. The N Line variant is likely to stick to a single powertrain, which should be the 1-litre turbo petrol making 120PS/172Nm, paired with a seven-speed, dual-clutch automatic transmission. Plus, Hyundai could plonk in a six-speed iMT with this engine, and the N Line trim could be offered with the same as well.

The Hyundai Verna N Line’s chief rival will be the Volkswagen Virtus GT and Skoda Slavia 1.5-litre TSI, which are currently the only performance-oriented offering in the segment. This Hyundai N Line sedan is likely to be available in a limited number of variants, priced at a premium of around Rs 60,000 over similarly equipped standard variants.