The scooter has been spotted testing recently. Any chance that it comes to India? 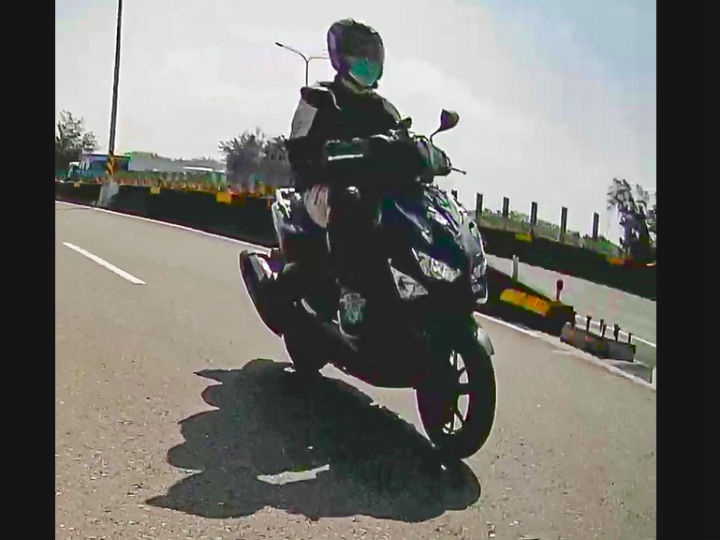 The Yamaha Cygnus-X is a 125cc scooter that’s sold in the Taiwanese market. Now, the next-generation iteration of the scooter has been spotted in the country. Markets like Taiwan have a healthy demand for feature-packed, performance-oriented scooters. Yamaha’s upcoming scooter seems to be aimed squarely at those kind of customers.

It gets an even sportier design in the form of a split headlamp setup as opposed to a single apron-mounted unit in the current-gen model. The alloy wheels also appear to have a different design and the front disc is located on the right instead of left in the older version. Even the tail section appears to have been tweaked to look sportier.

What’s more important is that the scooter reportedly packs a 125cc liquid-cooled engine. This should improve the performance quite a bit as the current-generation version is powered by a 124cc single-cylinder air-cooled motor, which is good for 9.8PS and 9.9Nm. The claimed fuel efficiency figure for this motor stands at 43.4kmpl. A more sophisticated engine is likely to take up a little more space but we hope the large 28.2litre underseat storage remains more or less the same in the new-gen scooter.

As far as the underpinnings are concerned, it employs a telescopic front fork and twin rear gas-charged shock absorbers unlike the traditional dual shock absorbers in the outgoing model. ABS is likely to be offered as a variant, just like how it is in the current scooter.

In India, Yamaha just exited the 110cc scooter segment and jumped right into the 125cc space as the stringent emission norms were rendering the smaller capacity scooters a bit too costly. But even then, Yamaha is unlikely to launch a 125cc liquid-cooled scooter in India as it will be prohibitively expensive. Instead, Yamaha had originally planned to launch the bigger, sportier NMax 155 on our shores. But due to the changing emission regulations, and more recently, the coronavirus pandemic, it remains to be seen whether the brand’s plans of launching this scooter stands or not. Only time will tell and until then, fingers crossed.