From the all-important ‘kitna deti hai?’ to acceleration and braking, we cover it all 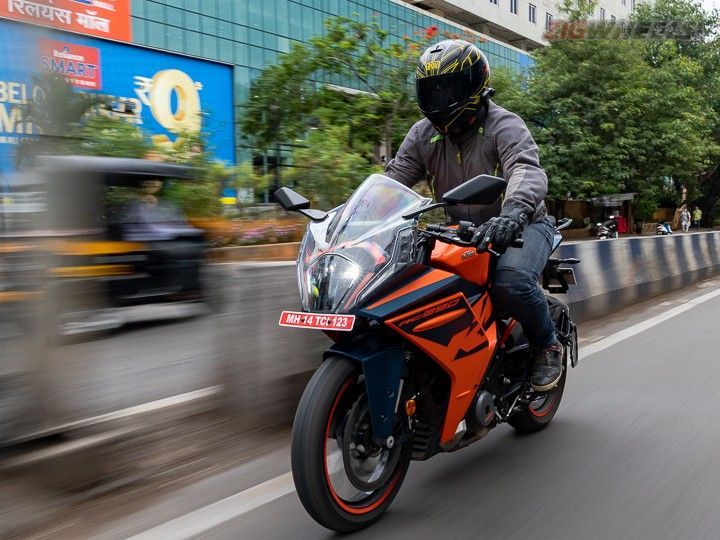 KTM launched the 2022 RC 390 in India in May 2022. We then took the Austrian supersport for a thorough real-world test, and here’s how it performed:

The KTM RC 390 is powered by a 373cc single-cylinder engine that makes a segment-leading 43.5PS and 37Nm. The same is evident in its acceleration figures as the bike is faster than all of its competition in all the runs. The supersport is, in fact, only 0.34s and 1.09s slower (in the 0-60kmph and 0-100kmph runs) than the more powerful Kawasaki Ninja 400 (BS4).

To back the boisterous performance on offer, the KTM RC 390 boasts a 320mm and 230mm disc brake setup at the front and rear respectively, something that’s again the best in the segment. Our braking figures tell a similar story as we saw the supersport stop shorter than its competition.

The exciting performance that the RC 390 has on tap obviously comes at a price, for it can become quite a thirsty machine when ridden hard. The Apache RR 310 on the other hand, returned a fuel efficiency of 33.1kmpl in the city and 34.45kmpl on the highway.

All in all, the KTM RC 390 continues to be a bike that’ll wow you with its performance. The update has now made it a more well-rounded and versatile motorcycle. For more details, check out our road test of the KTM RC 390.