ZIG Opinion: EV Subsidies - What Happens When They Go Away?

Don’t worry, the future isn’t as bleak as you might think 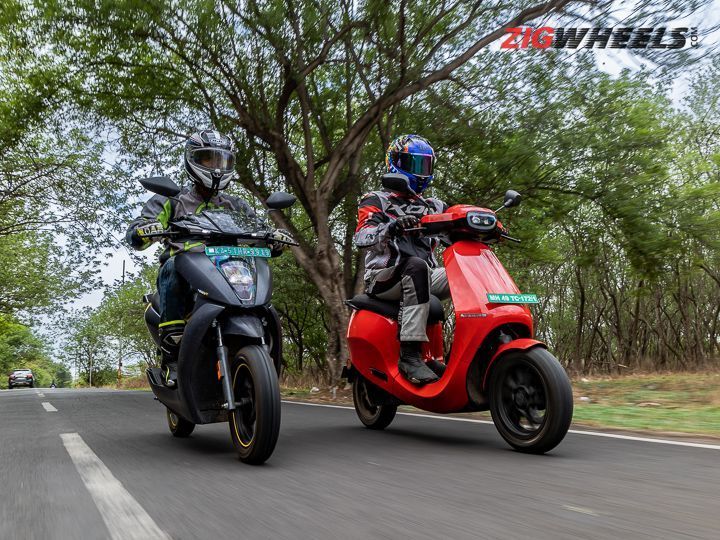 There’s no getting around the fact that if we, as a species, want to combat climate change, we need to switch over from our fossil-fuel burners to electric vehicles. While there are many other benefits to electric vehicles apart from saving the environment – like lower running costs and easier maintenance – there’s also no getting around the fact that EVs are expensive to buy. That’s thanks to the rather expensive lithium-ion batteries that power these EVs. And that slows down the adoption rate of EVs especially in such a price-sensitive market like India.

So to facilitate this adoption of these EVs, the Government of India stepped in with their FAME (Faster Adoption and Manufacturing of Hybrid and Electric vehicles) scheme. Apart from making things easier for manufacturers to produce EVs, this scheme provides subsidies to customers buying these electric vehicles by bearing a certain percentage of the cost. We’ve done a deep dive into what these subsidies are  in our EV Explained series, so you should definitely check that out. But in a nutshell, in the second phase of FAME (FAME II, if you will), a 3-year subsidy programme meant for 1 million electric 2-wheelers, the Central Government allocated a budget of Rs 10,000 crore. So basically anyone buying an EV 2-wheeler gets a “discount” of Rs 15,000 (originally Rs 10,000, recently increased by 50 percent) per kilowatt-hour of battery capacity of the electric two-wheeler they’re buying, provided the bike can go at least 80km on a full charge and has a speed of at least 40kmph. Of course to qualify for the subsidy, there are also some criteria about localisation of the product.

Now looking at the number of electric 2-wheelers on the road and the sales charts of these EV companies every month, there’s no doubt that FAME II has paid off in a big way. To top things off, due to the slack in all 2-wheeler sales during the COVID-19 pandemic, the Government has also extended the FAME II time frame to March 31, 2024 (instead of 2022 like originally planned). But it’s not just that. Over the last couple of years, State Governments have also been providing their own subsidies to EVs over and above the FAME II subsidy. For example, Gujarat provides a subsidy of Rs 10,000 per kilowatt-hour up to 20 percent of the vehicle’s total cost, while Maharashtra provides a flat subsidy of Rs 10,000.

So we can all agree that these subsidies are awesome and have really pushed a lot of people into buying electric 2-wheelers, even though they haven’t been enough to match the prices of comparable ICE (Internal Combustion Engine) 2-wheelers. But there’s a catch. These subsidies, Central or State, aren’t meant to last forever. They’ve only been put in place to build momentum towards the adoption of EVs. While there’s a good chance that after 2024, we’ll have FAME III come in for the next few years as well, but beyond that, their future is very uncertain. We can definitely say with some certainty that these subsidies will go away before the prices of Lithium-ion batteries come down to compensate for the loss of these subsidies. So what happens when these subsidies are no more? We had a chance to chat with Eric Vas, president, Urbanite (the EV division at Bajaj Auto) about the same and here’s what we learned from that conversation.

Going by standard logic, without the current FAME II subsidy, the price of something like the Ather 450X, which is currently about Rs 1.5 lakh (ex-showroom), might shoot up to nearly Rs 2 lakh. But manufacturers know better, Eric explained to us. They’ve already been planning for the day when there won’t be any subsidies to make their products (relatively) affordable. By localising things like battery cell production (something Ola is already working on), reducing dependence on metals like Cobalt, experimenting with alternate battery chemistries and of course the economies of scale, these 2-wheeler makers could bring prices down quite a bit. So in the future, even though electric 2-wheelers will definitely be more expensive than they are now, prices could be kept somewhat competitive to traditional ICE 2-wheelers.

2. A reduction in features

Right now, all the top-tier EV 2-wheeler makers offer top-of-the-line features in their products such as connectivity, navigation, and fancy touchscreen displays. In order to keep EV 2-wheeler costs competitive in the future, these high-end features might be dropped in favour of simpler and more traditional features, but without compromising on the performance and range on offer.

The other thing manufacturers could do is take all the learnings from their flagship products and make more affordable ones to complement them. These would not only skip out on the top-end features like we mentioned earlier, but would likely also come with reduced range and performance. That way, customers could walk into an EV showroom and they would be free to choose which sort of EV 2-wheeler they want based on their specific needs and budget.

Ola has already done something similar with the launch of the S1, a lower-spec version of the S1 Pro. And Eric Vas assured that Bajaj is also working on multiple electric 2-wheeler offerings to complement the Chetak, which will be more affordable as well.

So while the best time to buy a new electric 2-wheeler would be now, it isn’t all doom and gloom if you do decide to wait as the future will definitely have something interesting to look forward to in the 2-wheeler EV space.