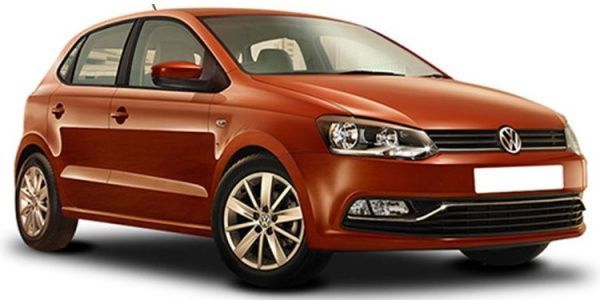 VW Polo holds special significance in the stable of German automaker and though it doesn’t sell like the hotcakes, it still constitutes respectable chunk in the total sales of the VW every month. The highlight of the Polo’s design is its uncluttered lines and of course, the vault-like build quality. The interiors too epitomize the finishing finesse and despite the bland design, the Polo scores big on the quality and ambience. The engine options include a 1.2-liter petrol and 1.5-liter diesel motor coughing 75PS/110Nm and 90PS/230Nm while for the driving enthusiasts, the VW has GT version churning a whopping 105PS/175Nm from the same 1.2-liter petrol. The gearbox options include 5-speed manual transmissions for standard versions while GT trim is coupled with 7-speed automatic gearbox. The Polo is retailed between Rs 5.42-9.56 lakh (ex-showroom, Delhi) and is rivalling the Maruti Swift, Hyundai Elite i20, and Maruti Baleno among others.
Read More

Volkswagen has been prepping the facelifted Polo for quite a while now. Spy shots of the hatchback have been spotted tested on Indian roads in disguised and raw form. And now we know that Volkswagen will launch the facelift alongside the Vento facelift on September 4 in India

Spy images of the Volkswagen Polo facelift reveals that it remains largely similar to the current hatch. A closer look reveals that the Polo facelift gets redesigned tail lamps that are likely to be LED units. There is a black trim in the bumper as well for a sportier look. Previous spy reports also confirm that the facelift will be available in the sportier GT trim.

The Volkswagen Polo 1.5 diesel joins the ZigWheels Fleet. We tell you how it fares after a month and more than 1,000km

With the premium hatchback segment growing like never before, Volkswagen has added a few additional features to the popular Polo. Is it enough to lift the Polo up to the segment standards?