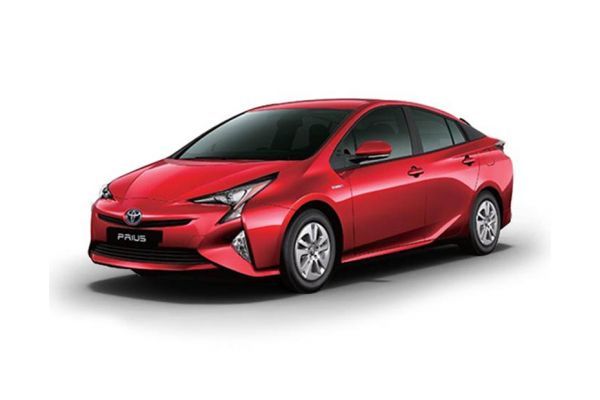 Toyota Prius is a 5 seater sedan car launched at a base price of Rs. 45.09 lakh in February 2017 by Toyota in India. Prius is available in petrol engine only . Prius petrol is powered by 1798cc engine claiming mileage of 26.27kmpl. Prius also comes with automatic transmission. It is available in 2 variants and 7 colours.

July 1, 2017: With GST kicking in, prices of the Toyota Prius have been revised. Compared to the pre-GST price tag, the ex-showroom prices have gone up for all hybrids.

Do note that prices for insurance are marginally higher, as they are taxed at 18 per cent instead of the earlier 15 per cent.

Toyota Prius prices start at Rs. To Be Announced (Ex-Showroom).

All Prius Comparisons
rvmp_n_gpopup
All Prius Questions and Answers

Toyota’s Captain Green, the new fourth generation Prius, is now in India. Does the hybrid-tech pioneer feel more normal now? And, can it save the planet

The Toyota Prius is a large notchback hybrid that promises a drive experience similar to more powerful cars, yet a mileage comparable to a large hatchback. With the world going green, the Prius is Toyota's answer to help cut down on dependency on fossil fuels until a permanent solution comes up. It's a style statement as well