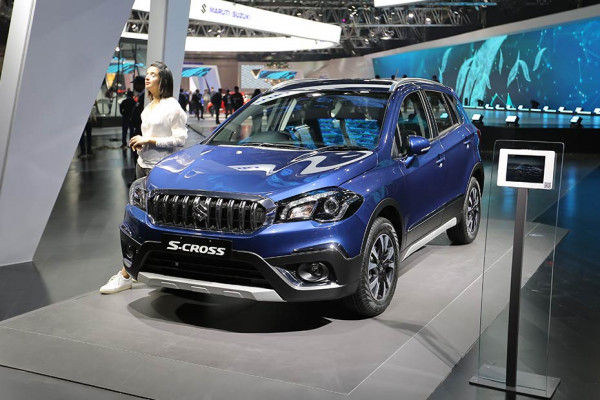 Dealership sources have revealed key information about the petrol variants of the Maruti Suzuki S-Cross ahead of its launch. For starters, the Maruti Suzuki S-Cross petrol is expected to be launched by early-June 2020. It’ll be offered in three variants: Delta, Zeta and Alpha. The base-spec Sigma variant has been given the boot. All three variants will be offered with manual and automatic transmission options.

In terms of price, dealerships have hinted that the base-spec Delta MT model is expected to start from Rs 9.90 lakh (ex-showroom). Bookings for the S-Cross petrol have unofficially begun for a token amount of Rs 11,000.

Once launched, the S-Cross will rival the Hyundai Creta, Nissan Kicks, and Renault Captur. It is likely to hit the market later this year.

Maruti S-Cross 2020 is going to launch in India with an estimated price of Rs. 9 Lakh