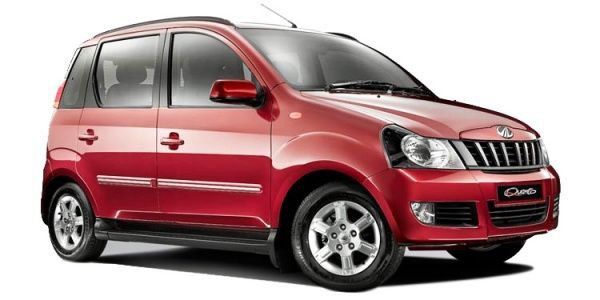 The Mahindra Quanto or the mini-Xylo is a seven-seater compact MPV aimed at urban buyers desiring SUV-like proportions and space with hatchback-like maneuverability and practicality. The Quanto makes perfect sense for those considering an alternative to premium diesel hatchbacks or even entry-level diesel sedans
Read More

The Quanto isn't just about being a chopped up Xylo, but also about it having one cylinder lower than the bigger MUV's engine. Despite that, it aims big but is it really everything that Mahindra promises it to be?

The Mahindra Quanto is here and it aims to fill a lot of gaps. We take a look at some of the Quanto's competitors across the segment

Smart thinking thy name is the product development team within Mahindra & Mahindra Ltd. Starting off with the sound building block that is the Xylo, the wily folks at M&M have done the deal to carve out an under four-metre seven-seater mini-MUV and pushed it head long into confrontation with the large-size hatchbacks. And with an all new three-cylinder 1.5-litre engine and a sorted ride to offer the much needed alternative to the ubiquitous large hatchbacks which constitute the largest selling segment in the Indian car market, Quanto-nomous is how it has turned out to be, states Adil Jal Darukhanawala after a short opening stint behind the wheel of India's newest compact MUV