rvmp_similar_cars_slider,rvmp_qna,rvmp_forum_ask_car_owner
×
×
Listening... Didn't get that
To Search
Say a Car or a Bike Name 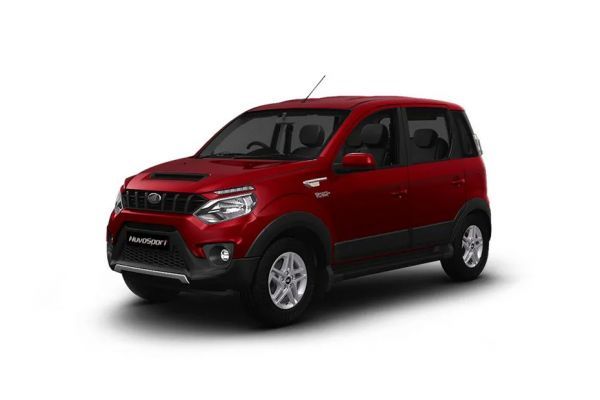 The NuvoSport is Mahindra’s third sub 4-metre SUV and replaces the Quanto. It looks a lot better, especially from the front thanks to its muscular design. It uses Mahindra’s new three cylinder which makes 100PS and 240Nm of torque. It sits on Mahindra’s third generation Scorpio chassis which has helped improve handling and comfort. Claimed efficiency is 17.45kmpl.
Read More

Two new launches in the sub-4 metre SUV space in a matter of a month - the Maruti Suzuki Vitara Brezza and the Mahindra NuvoSport. We put them in a head-to-head battle to find out which one stands tall

Mahindra adds the NuvoSport to its sub 4-metre SUV arsenal. Is it more than just a restyled Quanto?