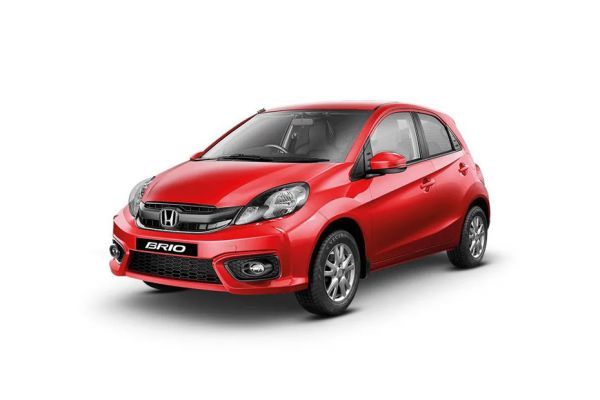 The Honda Brio has been discontinued, after a prolonged period of very low sales numbers. It was the oldest car in the Japanese carmaker’s lineup. It did receive an update in 2016 that included an all-new bumper and grille combo like the one seen on the Amaze sedan. At the rear, it had a stubby spoiler and LED lights with updated graphics. The nippy little hatchback was powered by a reliable 1.2-litre i-VTEC petrol motor.
Read More

Prices for the Honda Brio might be increased from 1st July as Honda has announced a price hike for majority of its models.This is to offset the effects of the price hike of raw materials as well as compliance to new safety regulations that will come into effect from 1st July 2019.The prices are expected to increase by Rs 10,000-20,000 depending on the model.

The Honda Brio has been reportedly discontinued due to very low demand for it in the market.

Small cars still command the of majority sales in the Indian market for any car maker. With that in mind, Honda entered the class with the launch of the Brio in 2011. The Brio was given a lst-gen Amaze-inspired facelift in 2016 to keep up with the competition.On the inside, the two-tone dashboard was replaced by an all-black one.Like it goes with facelifts, the Brio continued to sport the same 1.2-litre i-VTEC mill that produces 88PS and 109Nm. This unit was paired to either a 5-speed manual transmission or a 5-speed torque converter automatic transmission.

The most affordable Honda in the country gets a revamp. What's new?