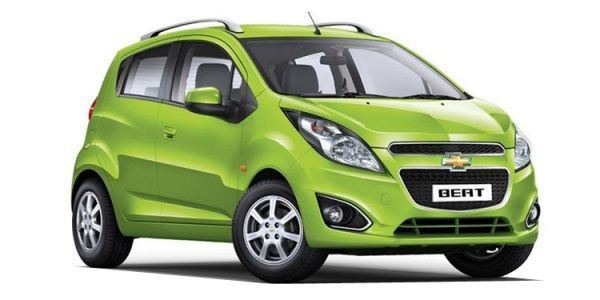 The Chevrolet Beat is a small, convenient car that offers looks that set it apart, great driveability, compact size and a stunning value-for-money proposition. Available with a choice of petrol and diesel engines, the Beat caters to a wide audience. Apart from being frugal, the Beat's USP lies in its design and futuristic interior styling as well. Despite being a tad smaller in size than its competition, the Beat has held its own and is a formidable contender in its segment
Read More

June 15, 2016 : Chevrolet India has released the first images of the new Beat and its sister cars. They provide one with the idea as to how the cars will look in the real world. Though, in its new avatar, the Beat takes up an evolutionary approach rather than a full-blow aesthetic upgrade. Chevrolet plans to bring five cars this year, out of which three will be derivatives of the Beat namely -- the Beat, The Beat Essentia and the Beat Activ. The other two can be the Trailblazer facelift and the next-generation Cruze

It's finally here and from the looks of it, it was definitely worth the wait. Honda's new small car has us drooling and how. Looking totally rad with its dinky dimensions and the almost all glass tail gate, the Brio looks like nothing else in its segment. Under that perky hood is the same 1.2 litre i-VTEC unit from the Jazz albeit in slightly detuned form which is sure to make this little Honda a fun little car. However, the competition is strongest in this segment and the Brio will have to take on a lot of established players. We take a look at what the Brio is up against