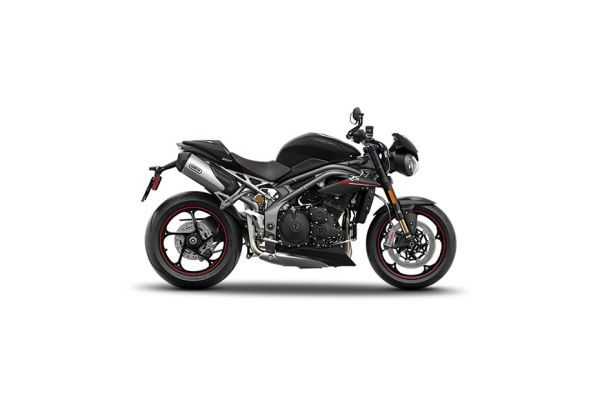 The new Speed Triple made its global debut at the 2015 EICMA motorcycle show and was among the earliest motorcycles from the British brand to comply with Euro-4 emission norm. In terms of styling the new motorcycle looks similar to its predecessor except for new details like sharper headlamps with in-built DRLs, narrower but sharper-looking fuel tank and dual matte black under-seat exhaust with aluminium heat shields. Sadly the new bike doesn't feature the 5-inch TFT full digital console like the Street Triple RS but gets a LCD display equipped semi-digital unit.

Powering the motorcycle is a 1050cc, triple-cylinder motor developing 140PS and 112Nm of peak torque. The power is delivered to the rear-wheel via a 6-speed gearbox. The new engine is Euro-4 compliant and has been tuned to offer better power and torque spread across the entire rev range. With competition stepping up the ante with respect to electronic goodies, the old Speed Triple was feeling a bit left out. Triumph engineers have sorted that out by loading the new bike with ride-by-wire, a slipper clutch, switchable traction control, switchable ABS and five riding modes - Rain, Road, Sport, Track and a customisable Rider mode which lets you fiddle with the throttle response, power output, ABS and traction control settings

The bike employs USD forks at front and monoshock unit at the rear to handle suspension duties and braking is provided on both ends by disc brakes. The new Triumph Speed Triple is expected to be priced around Rs 12 lakh (ex-showroom) and will compete with the Kawasaki Z1000, BMW S1000R, Ducati Monster 1200 and Suzuki GSX-S1000.

Triumph Speed Triple is going to launch in India with an estimated price of Rs. 12.00 lakh