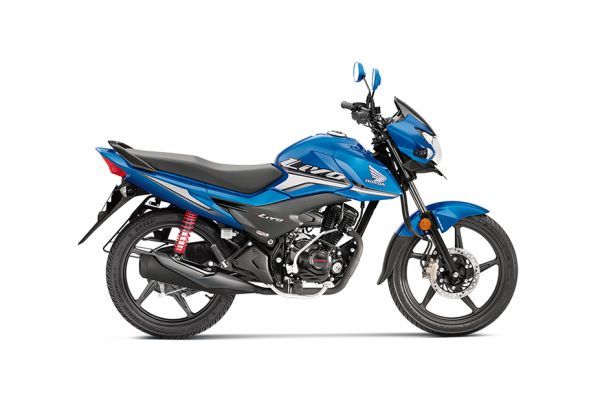 Honda has replaced the CB Twister with its new model, the Livo. It has a more mature design and the HET engine ensures an excellent mileage of 74 kmpl. In terms of performance, the Livo delivers 8.2 bhp of power and 8.6 Nm of torque. The bike is priced competitively at Rs. 52,989 for the base drum version. The bike features alloy wheels as standard and disc brakes as an optional extra. The bike is available in four colours
Read More

Honda has passed on the GST benefits to its customers and prices for its two-wheelers have dropped between Rs 300 and Rs 700 depending on the state of purchase. The Honda Livo is the Japanese bikemaker's attempt to add some jazz in the rather dull commuter segment. The Honda Livo has been positioned as a premium commuter while the Honda Dream series are marketed as affordable commuter motorcycles. Honda is known for its conservative styling but that isn’t the case with the Livo as it gets sharp lines to make it stand apart. The chiselled tank with extensions and the trapezoidal headlamp give the Livo a modern look. So impressed were Honda with the design of the Livo that they didn’t even add any graphics to the 110cc motorcycle. But the simple looking clocks feel out of space on an otherwise well executed motorcycle. The Honda Livo is offered in two variants with the base priced at Rs 53,743 and the disc brake variant at Rs 56,246 (both prices are ex-showroom, Delhi).

The newly launched 2016 TVS Victor takes on our king of the commuter class of 2015, the Honda Livo. Will we see a regime?

The Honda Livo has completed 3,000km in the ZigWheels garage and it heads back after completing its longterm tenure with us

The Honda Livo has completed 2,000km as part of the ZigWheels garage. Here’s what we have to say..