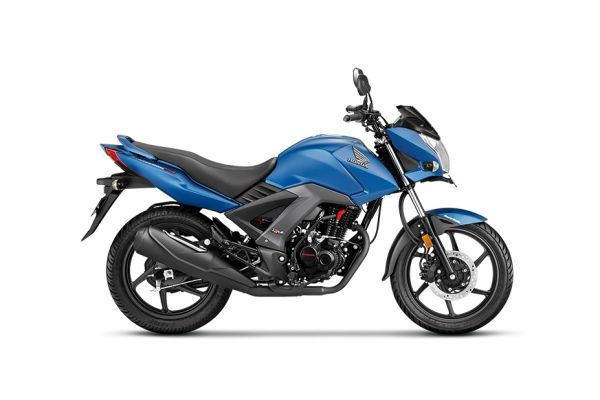 The new Honda CB Unicorn 160 is the latest offering from Honda and is the third motorcycle in the 150-160cc space in Honda's line-up, in addition to the Honda CB Unicorn and CB Trigger.
Read More

Honda has passed on the GST benefits to its customers and prices for its two-wheelers have dropped between Rs 300 and Rs 700 depending on the state of purchase. The Honda Unicorn 160 is the replacement for the Unicorn 150 which is among the highest selling 150cc motorcycles in India. The Honda motorcycle was recently updated with AHO and is also now BS-IV emission norm compliant. The new BS-IV version Honda Unicorn 160 is priced at Rs 73, 552 for the standard variant while the CBS version carries a price tag of Rs 76,005 (both prices are ex-showroom, Delhi). The styling of the Unicorn 160 is conservative to appeal to the mature target audience. The H-shaped taillight is a neat touch to the rear. While the overall design is pleasing, it isn't something that one would drool over. The Unicorn 160 also features an all-digital instrument console but disappointingly it doesn’t get engine kill switch. The Unicorn delivers a mileage of around 50kmpl in real world conditions. Aside from the difference in the looks department from its older sibling, the CB Unicorn 160 sports a new engine too. The 163.7cc, single-cylinder motor makes 14.7PS and 14.6Nm. Which is 1.4PS and 2Nm bump over the CB Unicorn 150 and the CB Unicorn 160 is 10kg lighter than its older sibling. The bike has a 5-speed gearbox which is employed via a heel-toe type shifter. The Unicorn employs a diamond type frame and employs monoshock suspension at the back like its predecessor.

It's time to bid adieu to the Honda Unicorn 160 as it exits the ZigWheels long term fleet after clocking over 6,000km. We bring forward to you its positives and negatives from its journey with us

The Honda Unicorn 160 has crossed the 4,000km and we took it for two long rides to determine its performance on the highways. Find out how it fared in our long term review report