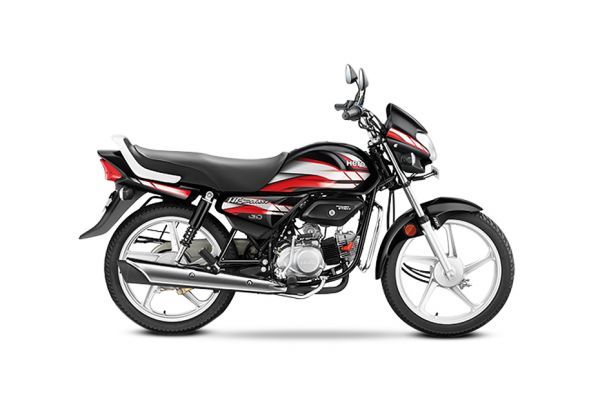 The extremely bare-basic 100cc commuter that has been serving the country for almost three decades, Hero MotoCorp's CD-series has been the choice of the masses for its economic sense and practicality along with trademark Honda reliability.
Read More

Hero has launched a BS6-compliant version of the HF Deluxe. The motor continues to be the same 97.2cc unit but it is now fuel injected. Power has gone down slightly to 8.94PS, but torque has remained the same and Hero also claims 6% quicker acceleration as well as 9% higher fuel efficiency.

The Hero HF Deluxe has been in India for the better part of three decades now. It has been one of the best selling motorcycles in India due to its robust nature and reliability. The HF Deluxe was last updated with IBS (Integrated Braking System) which is now available both in the standard and i3S variant. In its current avatar, the motorcycle gets a more upmarket bodywork and alloy wheels. It continues to be powered by the reliable 97.2cc motor that also does duty in the Splendor. It also comes in the i3S variant which claims to improve performance by switching off the motor if it is idling for too long.
The HF Deluxe gets drum brakes on both wheels with no disc brake option.
The HF Deluxe faces competition from the TVS Star Sport and Bajaj Platina 100.