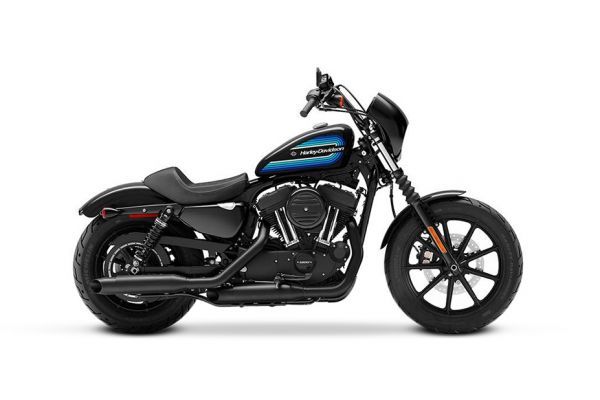 Harley Davidson will be launching the Iron 1200 and Forty-Eight Special by the end of this year. Both bikes are larger iterations of Harley's popular Iron 883 and Forty-Eight cruisers. The Iron 1200 utilises the same underpinnings and minimalistic bodywork as the smaller Iron 883. Cosmetic differences include new 70's styled retro graphics and a headlamp cowl that looks similar to the Street 750. Colour options are Vivid Black, Twisted Cherry and Billiard White. While features remain the same as the smaller Iron 883, the 1200 gets keyless ignition as an optional extra. It gets new wider and taller ape handlebars that offer a more relaxed riding position and better leverage while turning. Also included are new fastback cafe seat that gets a pronounced bump to keep you from sliding under hard acceleration.
The new 1200cc motor makes 96Nm of torque as compared to 68Nm on the Iron 883. That is an improvement of 36 per cent. Despite the larger motor, weight has increased by just one kilo so performance has considerably improved. It uses the same suspension setup and Michelin Scorcher tyres as the Iron 883.
We rode the bike in Croatia (read the first ride review here) and feel that the Iron 1200 retains the same traits of the Iron 883 and adds more fun quotient in the form of extra performance and refinement.

Harley Davidson Iron 1200 is going to launch in India with an estimated price of Rs. 10.00 lakh