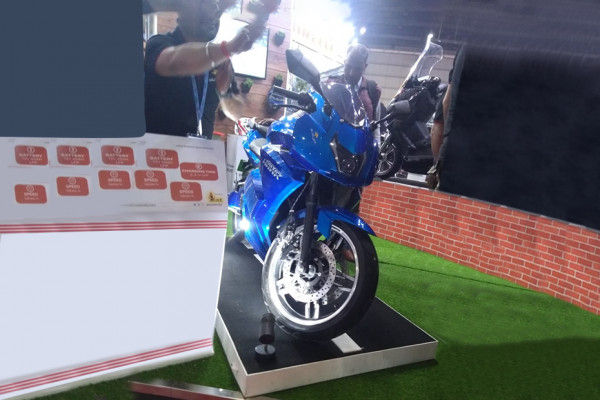 Evolet showcased Its Hawk electric motorcycle at the 2020 Auto Expo. The Hawk, when launched, will be the first faired entry-level electric motorcycle to be sold in India. It gets features like clip on handlebars, projector headlamps and a digital instrument console.

Power comes from a 3kW BLDC electric motor. Claimed top speed is 120kmph while the claimed range is 150km. Evolet claims that the Hawk's Lithium-ion battery pack can be charged in 5 hours.

Interestingly the motorcycle gets twin disc brakes at the front though we doubt it will have performance to match the stopping power. The Evolet Hawk is expected to launch later this year with a price tag around Rs 1 lakh to Rs 1.15 lakh.

All Hawk Questions and Answers