rvmp_on_road_price,rvmp_find_dealer,rvmp_similar_cars_slider,rvmp_qna,rvmp_model_wise_user_review,rvmp_forum_ask_car_owner,rvmp_n_gpopup,rvmp_service_cost_tool
×
×
Listening... Didn't get that
To Search
Say a Car or a Bike Name 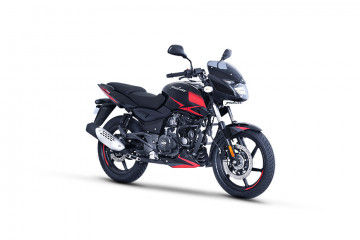 On Road Price of Bajaj Pulsar 180 in Budaun

What is the insurance cost of the Bajaj Pulsar 180 in Budaun?

Get Bike Loan Approved In 5 Min

Disclaimer : The data/calculations generated herein is completely and solely based on the information/details provided herein in response to the questions specified by Girnar Software Pvt. Ltd. on its ZigWheels.com Site is only for user's convenience and information purposes in Indian Currency.Read More

Girnar Software Pvt. Ltd. does not guarantee accuracy, completeness or correct sequence of any the details provided therein and therefore no reliance should be placed by the user for any purpose whatsoever on the information contained / data generated herein or on its completeness / accuracy. The use of any information set out is entirely at the User's own risk. User should exercise due care and caution (including if necessary, obtaining of advise of tax/ legal/ accounting/ financial/ other professionals) prior to taking of any decision, acting or omitting to act, on the basis of the information contained / data generated herein. Girnar Software Pvt. Ltd. does not undertake any liability or responsibility to update any data. No claim (whether in contract, tort (including negligence) or otherwise) shall arise out of or in connection with the services against Girnar Software Pvt. Ltd. Neither Girnar Software Pvt. Ltd. nor any of its agents or licensors or group companies shall be liable to user/ any third party, for any direct, indirect, incidental, special or consequential loss or damages (including, without limitation for loss of profit, business opportunity or loss of goodwill) whatsoever, whether in contract, tort, misrepresentation or otherwise arising from the use of these tools/ information contained / data generated herein.Read Less