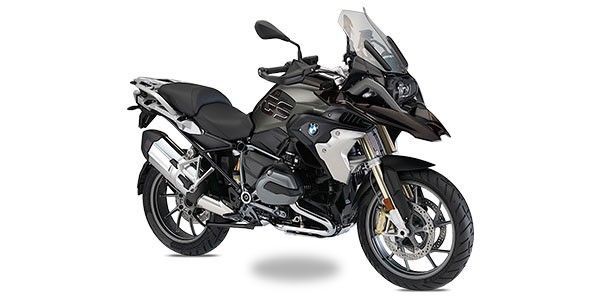 Its top-of-the-line adventure motorcycle, BMW's GS-series has well-established its off-roading credentials all over the world.
Read More

April 12, 2017:
The BMW R 1200 GS is among the most popular adventure tourer bikes on sale globally. GS stands for 'Gelände/Straße' (off-road/on-road). The base variant of the BMW R 1200 GS retails for Rs 15.9 lakh while the Dynamic+ has been priced at Rs 19 lakh and the top-spec Pro version carries a sticker price of Rs 19.5 lakh (all prices ex-showroom, Delhi). The 2017 version was recently updated to adhere to Euro 4 emission norms and the bike is brought to India as CBU (completely built unit). The styling of the BMW R 1200 GS is unmistakable and in BMW’s own words is ‘a fine balance between form and function’. It has a mass forward design language and the designers have clearly focused their attention on the front-end of the bike.
The asymmetrical headlamp looks unique and is among the key design elements of the motorcycle and now they feature LED daytime Running Lights. The bike has been loaded with electronic goodies with the most talked about feature being the Hill Start Control system that prevents the rider from rolling back on inclines.
The bike is powered by the iconic boxer engine displacing 1,170cc. The air/liquid-cooled motor develops 126.7PS at 7,750rpm and peak torque of 125Nm at 6,500rpm. Suspension duties are handled by a patented Telelever front fork and a Paralever system at the back. Braking is done by disc brakes on both ends with cornering ABS being an optional extra. The BMW R 1200 GS competes against the Triumph Tiger XRA, Triumph Tiger Explorer, Ducati Multistrada 1200 S, Suzuki V Strom and the Kawasaki Versys 1000.