Sarath Kumar To Debut At Suzuka 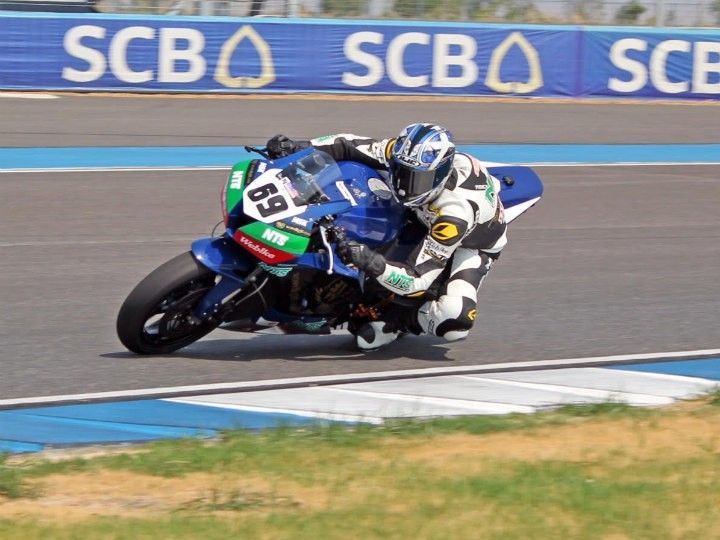 The Chennai-based rider, Sarath Kumar, who missed his first two rounds of racing at the Asian Road Racing Championship (ARRC) will now debut at Suzuka. He’ll be racing in the 600cc category at the iconic Japanese circuit, riding a Honda CBR600WR for team T.Pro Yuzy Honda NTS Racing. The race is set to take place on June 4 and 5. The rider has recovered from his knee injury, which was aggravated during his debut practice session in Buriram, Thailand.

Sarath’s treatment took place in Chennai, under the supervision of a leading physiotherapist. The rider stated, “The injury had healed and that was why we decided to start the season in Buriram, but unfortunately, it’s the supporting muscles which needed a lot of strengthening and physiotherapy.” He further added, “I have been attending physiotherapy sessions with Dr. Kannan Pugazhalenthi from Spars in Chennai and so far, the recovery has been fast, though my leg does get cramped when stressed. However, I do a few exercises and stretches that relieve the stress,” said Sarath who had picked up the injury during pre-season training.”

The 24-year old rider rose in ranks from 250cc class to the 600cc supersport class with financial backing from WOW Digit, Hong Kong.

Sarath hopes to ride in all the race sessions at Suzuka, including free practice, qualifying, and the two races. According to his teammates, this will help him to learn from one of the world's toughest track.

Ramji Govindarajan, managing director, Ten10, said that, “we do not have a much expectation from Sarath not only in Suzuka, but the whole of this year as we want him to learn without any pressure and anticipation. For sure, we are confident that he will start and complete both the races this weekend.”

Speaking of the competition, Sarath stated that, “The competition in SuperSport 600 is very stiff and it’s one of the toughest grids in the World, but that is why I am here, to ride with the best and learn from them so I can compete with them one day.”