Belkin Road Rockstar: Worth the Premium?

Belkin Road Rockstar: Worth the Premium?

0 Shares
Belkin car charging unit called the Road Rockstar was up for review at the forum and I readily agreed to do it. I have always felt the need , but have shied away from buying one. The only time I remember to get my hand on one is usually at a traffic signal. Not knowing that if I can trust the quality, I have always maintained my distance from car chargers. What make this Belkin unit different from others ? 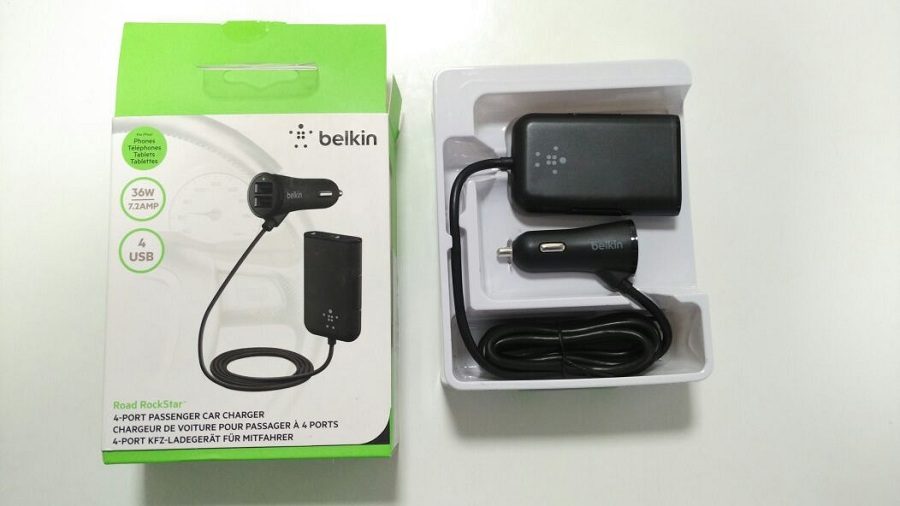 The four charging ports define this highly practical unit. It has two charge ports for the front passengers and two for the rear, allowing four devices to be charged simultaneously. There is a catch though, two devices plugged in the front ports share 2.4A power output, while both rear ports have individual 2.4A ports. 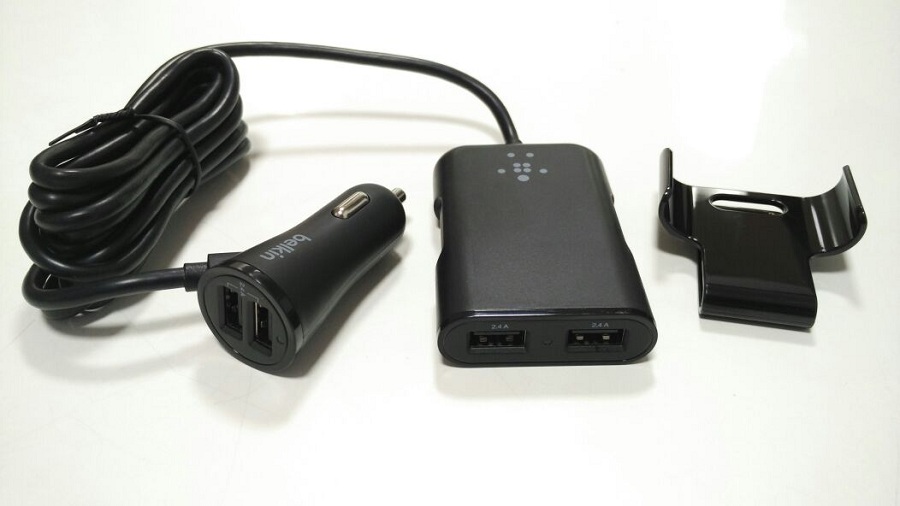 The cable that extends to the rear unit is 6-feet long one and also gets a clip that can be attached to the rear seat pockets. The cable can also be bundled up neatly, thanks to the simple velcro band it comes with. In the box, you also get this 3M double sided tape, which allows the user to fasten the dock someplace secure, as per any user's convenience. 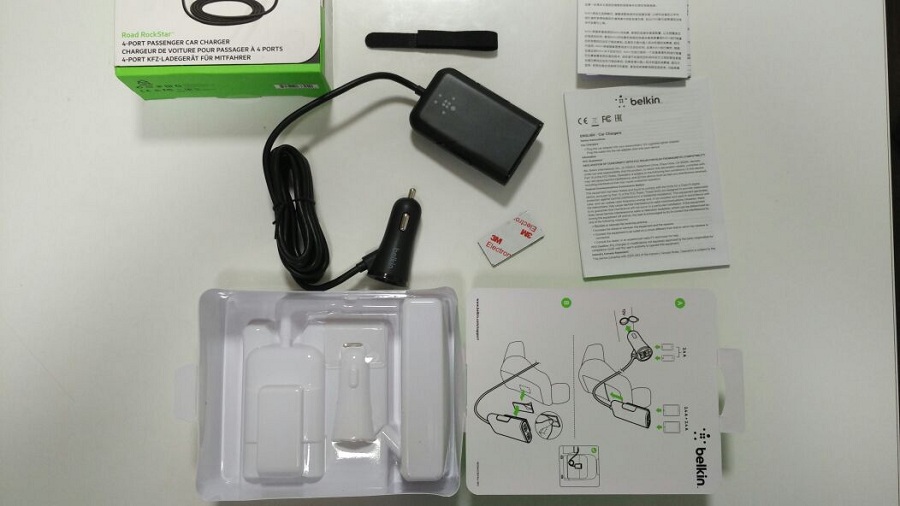 The plastic used looks highly durable and the built quality is solid. Company provides a 24-month warranty against defects in material and workmanship. Priced at Rs 2,999, should somebody opt for this product? If you are a regular traveler and have multiple devices to charge or somebody who takes frequent trips with two or more people, then this Road Rockstar makes sense.

0 Shares
JijoMalayil
Well, the question if the phone is worth the premium is quite a debatable one.
While there are many who feel that an Apple iPhone is worth the premium, many feel that buying a much lower costing Android phone and replacing it when it starts getting slow is more worth it. While many dont mind spending a huge amount on an iPhone and using it a couple of years.
When it comes to this product, even though it is priced high, it is a quality product and Belkin original chargers are known to last long. In comparison you can get a cheap charger for 1/10th the price, but it may conk off very fast.
Even though, I am an Android user, I do not mind spending extra on an accessory for getting a better quality product. That is the reason , I purchased a Capdase charger, which costs around 1300 as compared to the regular ones. This gives me peace of mind that I would not burn out my 12V socket (has happened once when a friend tried to plug in his charger) and that I would get a proper 2.1A charge which is required while driving with maps.
The Belkin charger reviewed here is quite tempting, and even though its quite costly, it may be worth it for people who travel a lot with full families.
Most of the time, even though I have dual sockets for charging, only one is used. Having four such points is an overkill in my opinion. It would be useful for cab drivers who want to give the passengers an option to charge, but generally, I do not think that all four people find a need to charge the phone at the same time.
The two ports towards the rear seats seem to be fixed permanently, and not removable. If they are removable, then it would be a great option , which can be tucked in the rear seat pocked and used when required, however, if they are not detachable, it will be quite an unnecessary hassle to deal with the long wire.
Another thing that worries me is the brand Belkin.
Even though, Belkin makes good products, there are plenty of fakes available in the market. We can often see fake Belkin car chargers sold at INR200. I believe that soon, there would be a fake for it too, and I would be really worried, if I may end up paying 3k for something that is fake,
That is one of the reasons, I had gone for a Capdase charger, as I haven't seen many fakes for the same.

It is the normal type with many types of pins.Now after years of use and folding,the wire is acting funny charging only when we keep it at certain positions.Finally I bought a decent charger from amazon from a brand called AVERY and model is Singha.It has a cool blue lighting for the logo which makes it look cool at night.The charging is also pretty fast and cable is looong.Overall fit and finish is spectacular for the price.
http://www.amazon.in/Avery-Charger-S...ilpage_o02_s01 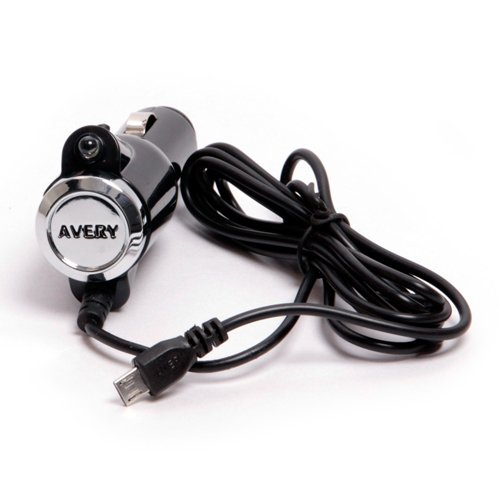 But now the problem is that i can charge only one device at a time and when we have co travellers its an issue.Using a usb hub is the el-cheapo way but this model seems to be the perfect remedy.I agree that the 3k price is high but like everything else,I expect it to lower in the coming months and we might get it for good prices via trusted sites like amazon.I am adding this to my future purchase list.

0 Shares
Arjun The rear unit is not removable, that is the one which provides the two dedicated 2.4 A ports. That is a huge let-down! And yeah, we normally don't find the need for four charging ports at a time, until those occasional long road-trips with family and friends. And the Belkin Road Rockstar is available for around Rs 2300 online.

0 Shares
I think this makes great sense even if you do not travel with many people in your car - what if you have multiple devices to charge at the same time, but have a single port only? You could have three connected at the same time with this, your normal mobile phone, a 3G/4G dongle. a GoPro camera - the possibilities are limitless. And I can trust the Belkin brand too, have used their products in the past and have never been disappointed
Read More...
Helpful (1) Reply Quote
Upload Video

0 Shares
I agree with MotuSid that having multiple charging ports at all times is a blessing. I usually have 2-3 devices always in need of charge in the car. Phone(s), 4G Wifi hub, and dash cam. My car has two 12 volt sockets, so I manage to split charging duties between these two (I have a Belkin two-socket, 12V to USB adaptor). I agree about the quality of their devices - it's worth the premium pricing. I have used unbranded chargers earlier, but they have conked off - and one even blew a fuse in the car once.

0 Shares
JijoMalayil
I have myself bought many of the car chargers, mostly at the traffic signals & as always all them work for 7-8 months at most. I never really cared of looking into other products thinking off all must be same & would go kaput in a fix period of time.
For our power hungry devices of todays world, rather than buying a 2500 product, isn't a good idea to buy a branded portable power bank which is handy not only in car but also outside car. It also features multiple charging outputs.
Your phone battery dies in 1 day with heavy usage & your power bank would keep the phone alive for one more day. So it is also a eqaully better alternative to car chargers & taking risk of power sockets fusing.

0 Shares
[QUOTE_NODE]"Originally posted by MotuSid"Ronny Well this product is not targeted just at mobile phone users who drive a car, it is targeted at car users who have mobile phones and other devices which need to be charged. You could use this to charge your mobile phone AND your battery pack AND two more devices while in the car, and use the battery pack outside the car.


Motusid I agree with Ronny. We get portable battery packs with good battery back ups within this price range. I have been using one from Portronics for the past few months now and it has served us well even in our long journeys such as one from Mumbai to Hubli, where we used the phone for navigation, which gobbles up the battery, and listening to music from the mobile. Further, if one is driving why do you need multiple devices? I am talking of the regulars rather than the specialists who officially review cars. I would a car charger with one or 2 ports and good amperage (above 2A)
Read More...
Helpful (1) Reply Quote
Upload Video

0 Shares
JijoMalayil
Thanks for you sharing. The car charger that I have used is Bestek power inverter. Since I like to travel around the city, so I need to charge camera and laptop anytime. Then I bought this tool from friend recommends. Maybe you can catch more information about this tool on Bestekmall. Hope this point is useful to you. Have a nice day.

Have Something to Say?